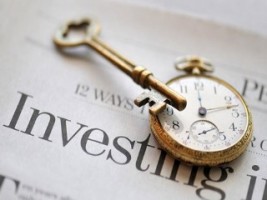 Despite the unstable political and economic situation in the country, in 2015 it was recorded a large influx of investments in Ukrainian projects from the west. New companies are increasingly attracting foreign investors.  The UVCA association recently reported on the results. The UVCA is an association of local and international investors.

According to the UVCA association,  the most interested area  for investors past year – was the IT sphere.

Ukrainian IT-companies in the past year have received a significant investment from the world recognized investment companies and well-known personalities like the billionaire John Soros.

The Head of the Supervisory Board UVCA Andrew Kolodyuk named investment companies that invest in the Ukrainian enterprises in 2015. Among the famous investment companies that participated in attachments were  such as: Horizon Capital, AVentures, Detonate Ventures, Digital Future, Sikorsky Challenge, SMRK , Almaz Capital, Imperious Group and others.

One of the most successful f agreement was the investment by  John Soros in domestic firm—developer-of software Ciklum. After this event, it was a clear answer to the question “Is it worth to invest in Ukrainian companies?” John Soros on his example showed that he believes in the potential of the domestic market. The amount of the transaction for the purchase of the company was $ 1 billion.

Among evolved invested companies was the studio for the production of games – Nravo, which  was invested by $ 200,000 of funds from the Digital Future in spring and the developer company of mobile applications MissinGame, the project cost of which  made $ 200 000. At the end of the year $ 250,000 was invested in service Prodvigator.

All of the above suggests that no matter what the external circumstances, the inflow of investment in successful projects is not cut, but on the contrary in 2015, the domestic IT-industry received a record number of investments.

“Ukrnafta” returns the licenses for natural gas production through the court

“Ukrnafta” won a court to return the licenses for the three production fields, suspended in January 2016.  District Administrative Court of Kyiv canceled   an order  of the State service of geology and mineral resources of Ukraine  about the suspension of special permits of the “Ukrnatfa” PJSC from January 26, 2016. It was reported by the press service of the State Service […]

The vast majority of Chinese people are ready to abandon produced by the American company Apple devices in favor of the application for instant messaging WeChat. A sociological survey of more than 1 million people in China noted, that almost all are willing to renounce the use in everyday life of products produced by Apple. […]

The German budget airline, which is one of the subsidiaries of the Lufthansa Group, will launch flights from Dusseldorf to Kiev on September 1. Data on the airline’s website indicate this. It is noted that the airline will operate flights on Mondays, Wednesdays and Fridays. Departure from Germany is scheduled at 11:30 (local time), arrival […]