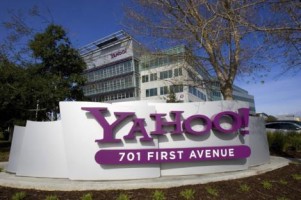 This week the board of directors of one of the world’s largest US Company Yahoo will hold a series of meetings that will be devoted to the sale of the business, – The Wall Street Journal writes at December 2, 2015.

According to the management, the company is weakening and it is very difficult  to stay up in business now. Also, the leaders of company will raise the issue about selling of its  share in Chinese company Alibaba, which is estimated at 30 billion dollars. The meeting in this regard will take place in the form of session and the procedure will last from Wednesday to Friday. In this format the leaders plan to decide the future of the largest  company. They will decide if they want to sell only Yahoo, or its limited shares in Alibaba too.

Among the potential buyers are private investment funds. Management has decided to come to this decision, because it failed to cope with the hard times that came into the company, – says Yahoo’s CEO Marissa Mayer. Therefore, to save the company they began to look for the other decisions and  opted now for selling.

Yahoo takes the third place in most visited search resources for now. In October, 2015 Yahoo attendance was 210 million people, being inferior only to Google Inc. and Facebook Inc. The American company was founded in 1994. In 2015, according to the results of 9 months,  its income is equal to 81.12 million dollars, and it is multi-fold lower than last year.

It should be noted that the sale of shares in the company may face with legal challenges. The point is that as a result the payment of taxes, the amount of which is estimated at billions of dollars may be required from Yahoo.

The LetterOne Holding (L1), one of whose shareholder is the billionaire Mikhail Fridman (who was born in Lviv, and who is one of the shareholders of Alfa-Bank Ukraine), invested $ 200 million in Uber  taxi service. This is stated in the message of LetterOne. “I am very pleased with our strategic partnership with Uber. As […]

The value of bitcoin reached $ 50,000 on August 23. The last time cryptocurrency was traded at this level was on May 15. According to Coinmarketcap, which compares the data of the largest exchanges, bitcoin exceeded 50.1 thousand, rising by 2.6 percent per day. Other cryptocurrencies are also growing: Ethereum, Binance Coin, XRP and others. […]

The first truffle farm in Ukraine

French entrepreneur plans to open the first Ukrainian truffle farm in Kharkiv region. Edouard Henon,the owner of the oldest in Bordeaux truffle plantation, plans to organise a truffle farm in the territory of the regional Kharkiv park landscape .He is sure that all conditions, necessary for the cultivation of a delicacy, are in the Kharkiv […]

SpaceX will launch a new batch of Starlink satellites

SpaceX will launch a heavy Falcon 9 launch vehicle into orbit with another batch of 60 Starlink mini-satellites. Spaceflight Now reports on Sunday, March 7. The satellites will launch from the 40th launch complex of the Kennedy Space Center (Florida) on March 9 at 21:55 EST. The launch will be the 21st launch of a […]

Microsoft announced the plan: to buy the fashionable social application TikTok, that owned by the Chinese company Bytedance Ltd, and confirms the long-standing efforts of the technology giant to occupy a niche in the digital advertising market, along with Facebook and Google. It is known that Microsoft intends to acquire TikTok’s business in the United […]