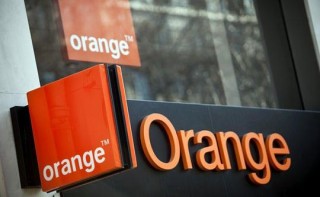 Regulators fined the largest French mobile operator – The Orange Company in the amount of € 350 million. The reason for the fine is the abuse of a dominant market position.

The supervisory authorities of France conducted an investigation and determined that since the early 2000, Orange fraudulently suppressed the competition in their field. The company controlled 55% of the market, while its closest rival SFR gained nearly 30%, and the third one company Bouygues Telecom had 10%.

The representatives of the Antimonopoly Committee stated that in 2002, Orange made such proposals for discounts and loyalty schemes that made it impossible for the business development of its closest competitors SFR and Bouygues Telecom.

The penalty  made a point in the proceedings between the Orange company and its competitors, which lasted for 8 years. Orange representatives said that  they made appropriate conclusions and plan to change their work tactics, and they added that they would not  litigate the decision of regulators.

Such large companies as Orange are always under strict supervision of regulatory authorities, to ensure that other companies can work in fair conditions. Despite this, complaints from competitors come very often. According to them, it is impossible to work under conditions of abuse of a dominant position in the market and supervisory authorities should maintain strict control over events.

The largest French telecommunication company Orange was founded in 1994, now the number of its employees is 156 000 people. The company provides services in 23 countries.

Deposit Insurance Fund (DIF) in the period of the interim administration and liquidation of insolvent Delta Bank recognized as negligible 175 deals worth 22.292 billion UAH. According to the  DIF, in particular, to 11 business transactions, including the sale of the assets with the discount, or related parties, transaction of 12.2 million UAH were recognized […]

Eli Lilly and Regeneron have applied to the Food and Drug Administration (FDA) for the permission to use emergency coronavirus drugs. Eli Lilly conducted clinical trials with the placebo group, as a result of which the drug has proven its antiviral action. Regeneron did not provide the research data, but the company’s drug was widely […]