Главная › News › Became known the consequences of restructuring in Google 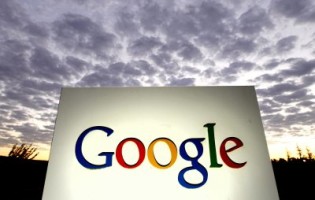 This week the report of the Alphabet associated company of Google for the fourth quarter 2015 is eagerly awaited  in Wall Street. The company for the first time reports on the results separately from the rest of their enterprises.

In October, Google conducted a massive restructuring process and has become a part of Alphabet holding company. The reorganization was supposed to be legally beneficial to the well-known companies, giving investors a clearer picture of the costs of Alphabet on their businesses, and increasing  the transparency of financial relations with shareholders. At the same time the leaders remain unchanged. Google has a lot of changes – the structures which were the part of it became separate companies, which are also joined the Alphabet company (this refers to such popular projects as: Calico, Wing, investment units Ventures and Capital – each of these organizations are now a separate manual).

Under the control of Google Gmail (e-mail), Google Ads (advertising), Google Maps (maps) and Google Plus (social network) remains. The company will be engaged in the work on the Android mobile operating system and the development of video hosting YouTube.

The results of the Alphabet report occurred after the reorganization are successful.

RBC Capital Markets analyst Mark Mahaney said that for the fourth quarter Alphabet exceeded all expectations of Wall Street. The company has given a successful report, which clearly shows that the share price has increased by 2% to $ 759.86. This shows great prospects and opportunities of the company.

In 2015, Alphabet was not the only major company that exceeded Wall Street expectations. FANG, Facebook, Amazon, Netflix, increased their earnings this year, and analysts expect that in 2016 those numbers will multiply.

The foreign investor will enter the capital of the combined bank. The owner and the Chairman of the Board of the Fidobank, and the shareholder of the Eurobank (both – Kiev), Alexander Adarich plans to consolidate its banking assets by combining the two banks, as well as attract foreign investors. “Based on the National Bank of […]

S&P forecasts global debt growth of up to $ 200 trillion

World debt will reach $ 200 trillion, which is 265% of world product, but the debt crisis is not yet expected. This was reported by Reuters, citing the forecast of analysts of the international rating agency S&P Global. It is claimed that this year the debt-to-world debt ratio has risen by 14% as a result […]