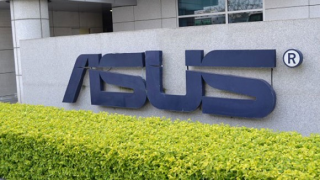 In the course of the global restructuring,  ASUS in Ukraine closes entity which hasn’t worked for several years.

Asus Technology PTE Limited Company (registered in Singapore) announced the cancellation of registration through  the liquidation of its office Asus Technology PTE (Kiev). This is stated in a message of the government publication Governmental Courier.

The head of the Ukrainian representative Mikhail Lukashevich was appointed to the post of liquidator.

As explained in an interview the head of ASUS PR-service Yevgeny Severinovskiy, they are not talking about the termination of the representative office in Ukraine.

According to him, the elimination of “representation” Asus Technology PTE “(Kiev) is carried out in the framework of an internal reorganization, and will not affect the work of the corporation. He explained that the Asus in 2013, re-registered its representative office in Ukraine with  Singapore Asus Technology PTE on Asus Global PTE (Taiwan).

“According to the rules of the corporation, the previous representative must be liquidated”, – said Severinovskiy.

He stressed that this reorganization will not affect the company’s work in Ukraine.

“Nothing will be changed for our customers and partners”, – said the head of PR-service.

Earlier, the media reported that Asus leaves the Ukrainian market.

Asus international company was founded in 1989, it specializes in the production of computer equipment and electronics. The company is headquartered in Taipei (Taiwan). It is one of the world’s leading manufacturers of computer hardware (motherboards, PDAs, monitors, laptops, mobile phones, video and so on.)

In the first quarter of 2021, the net outflow of foreign direct investment from Ukraine amounted to 301 million dollars. This was reported on the website of the National Bank. At the same time, negative reinvested earnings of $ 141 million were recorded. According to the NBU, investments in equity (excluding reinvestment of income) amount […]