Главная › Journal › Ukraine has long been recognized as a breadbasket of Europe, and this is so in the whole world now 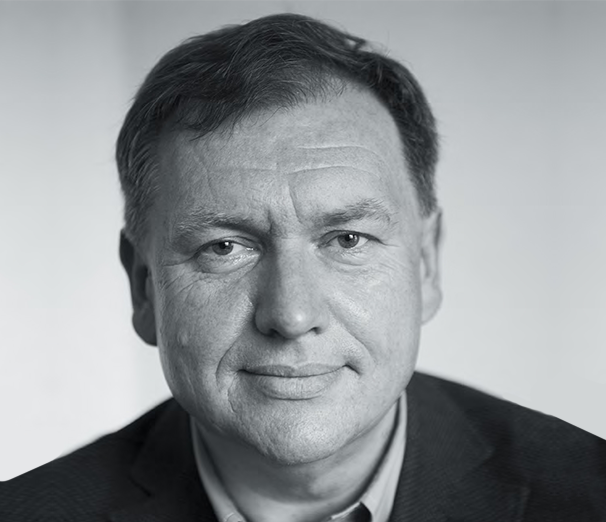 Volodymyr Osadchuk, the CEO of COFCO Agri Resources Ukraine, talked with LDaily about the peculiarities of Ukrainian agribusiness and investment attractiveness of Ukraine.

LDaily: Tell us what is COFCO Corporation?

V. Osadchuk: The Chinese grain corporation COFCO (China National Cereals, Oils and Foodstuffs Corporation) is one of the biggest manufacturers, processors and traders of agricultural products. The headquarters are located in Beijing. The corporation is also one of the biggest state enterprises of the PRC. It was established in 1949 and now has assets in the amount of more than 71.9 billion USD after several takeovers. COFCO has representatives in over 140 countries and a global trade network all over the world. Besides, it has large capacities for the production, storage and logistics of agricultural products. For example, capacities for grain storage are estimated at 31 million tons, and for processing – 89.5 million tons per year.

LDaily: What companies in Ukraine are included in the structure of COFCO International?

V. Osadchuk: Seven companies in Ukraine enter the COFCO International structure. First of all, this is COFCO Agri Resources Ukraine with the head office in Kyiv, which is engaged in trading. The next one is Satelit LLC – a sunflower seed processing plant with the capacity of 1500 tons per day. It was built by the Noble Agri company in 2011-2012 in Mariupol. Before the conflict, the enterprise processed sunflower seeds supplied by manufacturers of the Donetsk region. But when farmlands to the east and north-east of Mariupol became a combat zone, the plant had to search for new suppliers and compete with oil-extracting plants located in the Dnipropetrovsk and Zaporizhia regions. The company has a grain terminal with the annual transshipping volume of 2.5 tons of grain crops, managed by DSSK LLC in Mykolaiv. We also have four elevators. One is in Rozdolne village, Starobesheve district in the Donetsk region (ZAT Karakubske Khlibopryimalne Pidpryemstvo). Unfortunately, it is currently in the occupied territory and does not operate. Another elevator is in the Kherson region and two more are in the Dnipropetrovsk region.

LDaily: You have been leading COFCO Agri Ukraine for over six years. What were personally you motivated by choosing agrarian activity?

V. Osadchuk: I can say about the choice motivation as follows: Ukraine enters the top five wheat manufacturers, owns the largest capacity of chernozem in the world – it is more than half of its territory, and the climate contributes constant yield of many crops. At the same time, there are many unresolved issues in the agrarian sector, and they are primarily infrastructure and logistics, which have not been meeting the time requirements for a long time. Moreover, there is a lack of modern processing facilities and storages with efficient equipment.

This business area could not leave me indifferent. Managing these tasks is the best motivation for me, as well as the main goal of the company entrusted to me.

LDaily: How many people work with you and how do you motivate the staff?

V. Osadchuk: Currently, there are about 600 people working in the Ukrainian division of COFCO International. The main motivation factors for employees are a competitive salary, internal career development, training programs, skills development, and friendly environment in general where ‘one for all and all for one.’

LDaily: Tell us, please, about the current state of Ukrainian agrarian market. Can you call this sector prospective?

V. Osadchuk: If the complex brings over 35% of the currency revenue of the country, it is prospective. Over the past 10 years, the manufacture of agricultures in Ukraine increased twice. And this is not the limit. The manufacture of grain and oil crops may be increased up to 100 million tons in the next ten years. A farmer continues to invest in production development, minimizes costs, and implements technologies, directed for saving soil fertility and increasing crop yield.

LDaily: You have been in the market since 2008. Can you name the amount of funds invested during this period?

V. Osadchuk: During this period, the company has invested more than 200 million USD in the economy of Ukraine. These are investments in the modernization of our oil processing plant in Mariupol, in the construction of a grain terminal on transshipping of grain and oil crops in Mykolaiv Commercial Seaport, and elevators in Kherson, Donetsk and Dnipropetrovsk regions.

LDaily: What steps would you recommend the authorities to take for improving the relations with agribusiness?

V. Osadchuk: First of all, I would like to notice – Ukraine has already matured of opening land market. Since 1998, we have the moratorium on land sales. If the land market was open, investments in agriculture and production culture would be higher. The second moment is lobbying and supporting large agro holdings through the division of state subsidies. Although, according to the program of the coalition agreement, such support has to be directed on the development of small and medium farmers.

LDaily: When you were entering the Ukrainian market, did you understand what this market was and whether you were ready to work in it?

V. Osadchuk: Ukraine has long been recognized as a breadbasket of Europe, and this is so in the whole world now. With the forecast of a production increase of grain and oil crops, and accordingly, with the increase of export surplus, it is always interesting for international market participants to be present in the production region. Crisis has always been considered as a successful moment for absorption and business expansion. Currently, the markets’ demand for agricultural products from Ukraine is only growing, and the markets of Asian regions are confidently joining the markets of North Africa, Europe and the Middle East, Ukraine.

LDaily: Who is the consumer of your products? Does the big part remain in Ukraine or go for an export?

V. Osadchuk: The company exports almost 100% of the products. First of all, we supply demand of the Chinese market, since COFCO is a state-owned corporation and belongs to the Chinese government. Export to the PRC is about 30% in the total structure of the Ukrainian office of the COFCO International.

LDaily: What risks does the company face operating in the Ukrainian market and what methods for preventing these risks are used?

V. Osadchuk: First, the company focuses on export. Thus, it files a VAT refund declaration for the export, and that is constant checks by the SFS. In order to avoid additional SFS checks and requests, we have to control and know our counterparties. We have to notice that since 2015 SFS work has changed for the better. Recently, however, questions on additional checks of the counterparties started to arise from time to time, which lead to delays in VAT refunds. It should be also noted about the work of the judicial system, which still has delays in case of decision making.

LDaily: In your opinion, when will Ukraine become an agrarian world leader?

V. Osadchuk: Today, Ukraine is already considered as one of the leaders on barley, corn, and sunflower production, as well as takes the first place on production of sunflower oil. We may see further growth of corn and soy production within the nearest decade.

LDaily: What innovations have been already implemented at the enterprise and what are in plans?

V. Osadchuk: To date, we have transferred all dry complexes on elevators to the alternative fuel type – solid-fueled materials, which are wastes from corn purification and/or husk of sunflower.
Due to a high level of automation of oil processing plant and grain terminal, we managed to achieve more efficient consumption of energy resources, as well as timely and secure blocking of production processes in case of breakdowns and other unpredictable situations.

V. Osadchuk: Each asset has its own budget and participates in social support of territorial communities of the city, habitation or village where it is located. In Mykolaiv, we cooperate with the Factory District Administration on supporting art school. In Mariupol, we are more concentrated on supporting the military welfare and active work with the Mariupol municipal administration. In the settlements where elevators are located, the main support is aimed at helping orphanages and homes for elderly people.

LDaily: What plans does the company have for the future?

V. Osadchuk: We see business perspectives here, and our main confirmation is our latest investment of 75 million USD into the terminal on the basis of berths no. 1 and 2 of the Mykolaiv Commercial Seaport. Terminal is serving for transshipping grain and oil corns and is managed by Danube Shipping-Stevedoring Company LLC (DSSC.) We have been building it for almost 16 months. The total volume of terminal storage is 127 thousand tons. It is equipped with stations for uploading road and railway transport, which allow receiving 15 thousand tons of products per day. It is about the whole complex: grain-dryer, grain cleaner, laboratory for grain quality checking, and ship loader. The project capacity of the transshipping terminal is 2.500 tons per year. It should be understood that when an object of such capacity is constructed, the whole infrastructure is also built around it. That is why roads and transport platforms in Mykolaiv port were built for the needs of the new complex. This example directly relates to our plans in the country. As it is known, there are logistics issues all around Ukraine, which are mainly railway and water transport. Great interest exists in infrastructure development in the country for meeting our requirements. Thus, we pay attention to internal logistics, especially to water one. We are now actively working in this direction. Our plans correspond to the group strategy: as the main supplier of grain, sunflower oil and food products for the quarter of world population, COFCO International is creating a global food products supply network for the population.