Главная › Journal › The dairy industry issues and other problems 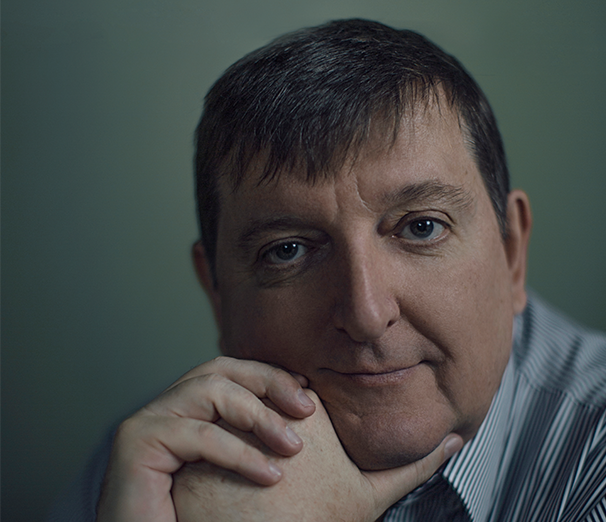 Renato Ruschyk, the General Director of Lactalis in Ukraine, told LDaily about the main problems of the domestic dairy industry, investments in the country and the role of the European Business Association in the business of his company and partners’ companies.

LDaily: Would you be so kind to tell us about Lactalis?

R.Ruszczyk: The Lactalis Group is a French family-owned company with 85-year history of dairy production. Today Lactalis is the number one global dairy group represented by 240 plants in 47 countries of the world, with 19 billion liters of milk collected annually. Our world famous brands include Président, Galbani and Parmalat. The company employs over 80,000 staff.

LDaily: How many years does Lactalis work in the Ukrainian market?
How has the company changed since its founding?

With coming to Ukraine in 1996, Lactalis has become the first foreign investor in the dairy industry of this country. The French-Ukrainian joint venture was founded on the basis of Mykolayiv Municipal Dairy Plant for production of butter and casein, and two years later – of the entire range of traditional dairy products. The next step in the Group’s development in Ukraine was made in 2007 when Lactalis acquired Pavlograd dairy plant “Milk House Ltd”.

Lactalis has invested funds in complete technical and technological re-equipment of Mykolaiv and Pavlograd plants, and today they both meet the European manufacturing standards.

LDaily: For how long have you been CEO of Lactalis Ukraine?

R.Ruszczyk: 11 years. I am very happy that during this period of time we allowed training of many people and development of many brands. Moreover, some of our subordinates are directors and general managers now. One of the things that drives me is making sure that people get developed.

LDaily: What were the purposes of your company when it entered the Ukrainian market?

R.Ruszczyk: In 1996, I was not around. However, the Lactalis Group wanted geographic expansion. Ukraine was one of the biggest milk producers in Central Europe of those times. In 1996, after the collapse of the Soviet Union (1991), nobody knew what the situation was going to turn. So, it was quite a bold decision to invest money in this country at those times. What attracted the company the most was the quantity of milk available in Ukraine and the dairy factory that was quite nicely built but required investment in terms of equipment, technology and people.

LDaily: What were the company’s challenges while operating here?

R.Ruszczyk: Operating in Ukraine is like dancing a tango: you need to make two steps to the right, one to the left. Over the last 11 years, a lot of things have changed in Ukraine. If you ask me about the problems we are facing today… First of all, we have a migration issue that means shortage of people to work in our plants and the head office. There are 4 millions of Ukrainians who live out of Ukraine permanently. This makes a problem in terms of manpower resources: quality and quantity.

The second problem is falsification and unfair competition, e. g. using of palm oil, a kind of vegetable fat. There is legislation in Ukraine prohibiting it but, unfortunately, it is not in force yet. For example, people buy 25% fat sour cream for very low price, but there is no information on its label whether this fat comes from natural milk or palm oil. It is not specified on the pack, but its price is twice cheaper than natural sour cream, because vegetable fat is five times cheaper to buy than milk fat. So, I could produce the same product five times cheaper. That is why this problem of falsification is both misleading the consumer and complicates milk production in the country. Thirdly, for the last few years and up to now, thousands of milk cows are being slaughtered in Ukraine every year to produce meat and sausages, because elderly villagers who own about 70% of milk cows cannot look after these animals any more, and young people are not interested in keeping cows. So, every year the number of milk cows is declining. There were about 3 million milk cows in Ukraine when I arrived here in 2008. Today we have only 2 million cows. The rate of livestock reduction is even increasing now. Approximately 5% of milk cows will be slaughtered this year. This is why it is very difficult for our company to operate, especially at one of our plants in Mykolaiv where lack of milk is even more pronounced. There is comparatively much milk in the Western part of Ukraine, a lot in the Eastern part. But the South of Ukraine, including Mykolaiv, has a very dry climate, so there is not enough milk in this region.

Finally, our business is affected by illegal (“black”) importation. We have appropriate legislation and the custom control, but some people cross the border easier than the others do. You can find a lot of products in the market which cost very cheap because they were imported illegally, and this makes it hard for the local production to compete.

Taken together, these negative trends (brain migration, using of palm oil, the great number of cows being slaughtered, and illegal imports), may lead to the situation when Ukraine will import raw milk in the next 5 years, if there are no changes in the respective Ukrainian regulations and rules. Ukraine used to be a milk exporter, but one day it can become a milk importer. And that would be a disaster.

LDaily: Is Lactalis Ukraine profitable within the Lactalis Group?

R.Ruszczyk: Lactalis is investing millions of euros in technical and technological re-equipment of both plants – in Mykolaiv and Pavlograd. In spite of devaluation that is not depending on us, we have to pay the bills and loans. For example, when I arrived at the end of 2007, currency rate was 1 euro to 8 hryvnias and now it is 1 euro to 30+. We have about 5-time-devaluation. Still, for the last 11 years our Ukrainian subsidiaries have been demonstrating positive results as agreed and expected by the head office.

LDaily: What do you think about the investment climate in Ukraine?

R.Ruszczyk: This is a very good question. Lactalis Ukraine tries to attract lots of investors to Ukraine, namely, milk producers and farmers from Australia, New Zealand, Belgium, Germany, and the Netherlands. Some representatives have already visited the country. But what next? They see the country, educated people and beautiful lands and say: “OK, where can I buy the land?” But the legislation prohibits them to buy the land, and so they leave, because they do not want to invest money in a country where they do not own the land.

Secondly, there is no rule of law (cases of raiding). When different investors go to the European Business Association, American Chamber of Commerce and their different embassies and read the available reports about the investment climate in Ukraine from different publications, everybody complaint about two major things: corruption and lack of the rule of law. These things together with impossibility to purchase the land deter a lot of investors from the agricultural sector. To double the GDP growth, as our Prime Minister plans, to achieve 6-7% and even 8%, the government needs to address the issues raised by these publications. These will allow more investments to come to the agricultural sector.

LDaily: How do you think, when making business was easier, now or before, let us say 10 years ago?

R.Ruszczyk: I believe that 10 years ago it was more simple. The climate and the people’s way of thinking were more positive. Despite the fact we have more rules and regulations today, it was easier to convince the investor to come, because the country was growing quite fast. What is good about today, is legal aspects. However, business environment is not very hospitable, because the issues of the rule of law and corruption are still not resolved, also, we still have the war in the East.

LDaily: What was your aim when you became a member of the European Business Association?

R.Ruszczyk: The EBA is a good “umbrella” for interactions with regulatory agencies. We created the dairy committee 7 years ago. We discuss a lot of issues which affect our business, the ways how we can improve the situation, and we use the EBA to represent this information to the government and various authorities.

In 2013, EBA Dairy committee launched social and educational project “3 dairy products a day” , and Lactalis Ukraine was one of its founders. The “3 dairy products a day” is a platform to increase milk consumption. It is the first example of partnership between the state and business in Ukraine at such scale. The participants include five Ukrainian dairy companies, as well as the European Business Association, the Association of Dietitians of Ukraine, the Ukrainian Agribusiness Club, The National Association of Milk Producers of Ukraine, the Ministry of Agrarian Policy and Food of Ukraine, The Ministry of Healthcare of Ukraine, The Committee on Agrarian Policy and Land Relations of the Verkhovna Rada and the Ministry of Education and Science of Ukraine.

LDaily: What are your purposes as a member of the EBA? How does this membership help you? How do you assess your work in the European Business Association?

R.Ruszczyk: We work very well with the EBA, under the leadership of Anna Deryvianko and her team. The EBA helps a lot the business community by channeling the voice to the government and other authorities to solve some problems. It is a very good platform not only to overcome the difficulties but also to propose alternatives. The free trade agreement between the EU and Ukraine plays a key role in these discussions between the local industry, the government and the Europeans. The EBA team is doing a fantastic job in this sphere, resulting in positive developments for about 1,000 of companies which are the members of the EBA. It is good for the government to have an integrated platform to communicate. Anna Deryvianko and her team create a lot of chances in the EBA bringing ministers to discuss the programs, to create action groups within different committees to help the government. This is a win-win situation for the industry, the EBA and the government.

As I told you, we have four key problems of the dairy sector (lack of skilled workers through migration, “black” imports, vegetable fat, as well reducing the stock of cattle), in addition, the problems with corruption and the rule of law in Ukraine have not yet been completely solved and some of the issues I have raised concern not only with the dairy industry, but also with other industries, too.

LDaily:Have you ever tried to lobby any laws which would help developing dairy industry?

R.Ruszczyk: We routinely do this via professional associations like EBA, ACC, and CCIFU. Sometimes the EBA asks the industry to support some subcommittees. However, we always work under the association’s “umbrella”. A lot of laws were created as a result of cooperation between the industry, the EBA and the government. We cannot win by going separate ways. That is why we use the EBA’s platform to initiate these discussions. Sometimes we don’t have enough resources. Many new things appear in connection to which we need to decide what should be done.