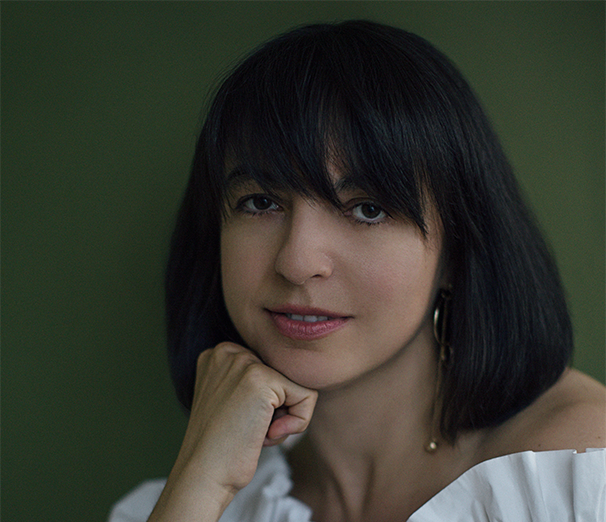 The state must be attractive to both people and investors

The state must be attractive to both people and investors

Anna Derev​ianko​, ​Executive Director of the European Business Association​, on the prospects of Ukrainian business in 2018.

​The European Business Association was established in Ukraine in the late 1990s. Anna’s ideological masterminds might not ​have​ ​thought that E​BA will soon become one of the major platforms​ ​​for dialogue between businesses​ and​ the​ government​. ​Everything began with the expansion of European business​ to Ukraine, which was aimed at ​introducing​ European practices and business values ​​in ​our​​ country. ​Except European organizations, ​E​BA attracts Ukrainian, American and Asian​ companies​ which agree that​ Ukraine should implement​ ​the​ rules ​of fair business. This is supposed to allow everyone to work on an equal footing.

​The Association ​management ​strives to ​convey their gist ​by conducting regular business meetings, which are joined ​by both Ukrainian​ and foreign politicians​.

Ann​a Derevianko, the ​Executive ​Director of the Association, was responsible for achieving these goals. Anna is a straight ​shooter​. ​She ​commented for LDaily on the situation in the country and ​the way business​ treats this situation. Anna emphasized ​for several times that Ukraine is a rich​ country and we have everything to become successful. ​However, there are several controversial points. Find the details in ​Anna’s conversation with LDaily to uncover what she means.

LDaily: Anna, you came to EBA in the early 2000s. So we can fairly name you an active witness to the business development in Ukraine, its ups and downs. We are eager to know when our state began cooperating with the Ukrainian business, according to your observations.

A.Derevianko: As for our Association, we observed more active movement towards cooperation from the side of the state in 2005. This coincided with the period after the far-famed Orange Revolution. Since then, government officials changed their attitude to the civil society and business. This was a defining factor. Those times were dictating new trends and cooperation with significant business platforms became more prominent.

A more active culture of business interests’ representation began to emerge. I would name 2005 a Rubicon, which changed the authorities’ attitude to entrepreneurship. Later, the Revolution of Dignity also played its role.

Business always needs cooperation with the state. I wonder whether the intention of the authorities to pay attention to business can be considered true, or they are forced to do this in order to be accepted and understood in the international arena.

LDaily: Many government officials own business. Is creating comfortable conditions in the country not beneficial for them?

A.Derevianko: There is a kernel of truth. Nevertheless, the reality shows us another effect. When politicians pursue their business interests, they try to stick with them and protect them. Sometimes, it even can turn into the competition with other businesses. So, any cooperation may be short-term.

LDaily: Speaking about presidencies since 2005, I mean Viktor Yushchenko, Viktor Yanukovych and Petro Poroshenko, when doing business was easier?

A.Derevianko: I think “easier” is not the best match for describing the Ukrainian business. I cannot say that the conditions for doing business are comfortable in general. Still, such a situation can be observed in any country. We can’t list ideal states where everything is simple.

I have analyzed these periods and I believe that conditions were more attractive and stimulating during the economy and GDP growth, there also was an increase in investments. I mean the 2005-2007 pre-crisis period. We had whom to work with, there was no such stagnation. We thought that not everything was fine. Yet, if we look at the situation at the same perspective, it becomes clear that the 2006-2007 period was much better than the current one.

Next, some sort of economic ‘swings’ started. We can’t state whether business has improved the condition. It began to set back shoulders and grow, but more dynamics is necessary. Due to this, business tells the authorities that GDP skyrockets at an incredible pace rather than by 2-3% per year. Ukraine has the ability to grow much faster. Business encourages to attract foreign investments, as they would stimulate the GDP development. However, we don’t observe any significant deeds of our politicians, just appealing promises so far. Objectively speaking, we have very scant foreign investments, the growth of GDP doesn’t please anyone, still, our expectations are much higher.

LDaily: Many Ukrainian businesspersons along with the EBA members hoped that coming to power of a large entrepreneur, Poroshenko, would provide good incentives for the business development in Ukraine. Can we state that the president has not fulfilled our expectations?

A.Derevianko: Frankly speaking, not everyone had those expectations. Poroshenko promised many things. Some changes have taken place; we can’t say that nothing has happened. Still, fundamental things are left without changes. Unfortunately, they hinder the flow of foreign investments and changes in society. It is about corruption, the lack of a fair judiciary and of the effective state management. Each of us has a share of responsibility for the situation in the country, which consists of all of us not only Poroshenko. Anyway, we have to remember that any politician will make changes if being pressed by the society. There must be a request for making changes.

LDaily: Despite all the difficulties, do you think that the Ukrainian business will finally reach the next level in 2018? According to the results of 2016-2017, businesses are gradually recovering; their achievements have already exceeded the expectations.

A.Derevyanko: The Ukrainian business is usually ready for situations which are worse than the real one. The assumptions are conservative. This can be correct, as the actual facts turn out to be better than what you were expecting.

It is very difficult to outline some breakthroughs. Definitely, the IT sector hits all the records and crisis is unfamiliar to it. Other sectors also experience an increase; still, it is a very weak increase. Entrepreneurs have cautiously optimistic expectations for 2018. People believe they will continue growing. Let’s hope that business will develop against all odds. There are plentiful free niches; the competition is not too harsh. There are more than enough of opportunities for the growth. Sure, someone considers 2018 a year of reforms, as different political forces will compete for the best image of steep reformers. Nevertheless, such thoughts are minor. The majority believes reforms will slow down this year. As for me, we should review the facts.

On behalf of the Association, we have been observing the complexity of this process since the beginning of the year. I do not know why this happens. If you take a look at each minister, deputy or president individually, everyone seems intelligent and professional people. When it comes to working together, their work appears to be ineffective. For example, the president, the General Prosecutor’s Office and the government agreed on a law on “Stop the masked show” (it is the law on protecting business from illegal pressure by law enforcement agencies – LDaily), there is a hotline, which can be called anytime. Honestly, we don’t often contact them, it is very good. When we contact them, there is no answer within at least a couple of weeks. Thus, I have a question: is this a hotline, or has it already cooled?

I can’t get the point of such moments. Every agreement must be fulfilled. Otherwise, there is no need to negotiate and give false promises. To my mind, politics should be more mature in this aspect. We have problems with implementation. Speeches are smooth, but the performance is often poor. The governmental mechanism of our country is a bit rusty.

LDaily: In this case, can you determine where Ukraine actually moves?

A.Derevianko: There are various movements in Ukraine today. The point is in who exactly is moving. If we talk about the country in general, there is a small movement towards the European Union. It is so because there is the Association Agreement between Ukraine and the EU, there are integration and trade with Europe. This helps us believe that the country is moving towards the EU. At the same time, there is a strong movement of labor migration to Europe that is even more active than the movement of Ukraine itself. So, we can observe the movement of values and the movement of people. The last one outpaces the movement of values. It should be a signal for our managers. People leave faster than something changes in the country, it is necessary to immediately reform the state qualitatively. This movement has to be stopped, and people should be motivated to stay in Ukraine and to create value added here instead of looking for a better luck in other countries.

Noteworthy, this is disturbing for business. Finding professionals becomes harder. Due to this, entrepreneurs urge politicians to make positive changes in the country. They get responses offering to pay people high salaries, it is pretended to make professionals stay here. The governors just don’t understand that people wish to escape not only from low salaries. There are people who earn well, but they also leave, as they do not see changes in the values and the future in our country, do not see the state willing to act differently. Business can pay high salaries, but this is not a decisive factor. The attitude of the state also discourages foreign investors. Actions are necessary for becoming attractive for both people and investors.

LDaily: By the way, I have a question regarding investments. Which areas have received the most investments during the last years of Ukraine’s cooperation with the EU and the USA?

A.Derevianko: Almost no areas received them. Thus, sponsors often invest in the agrarian sector, but there were not any new entrants in the market. We can’t talk about a mass infusion of investments so far. We suggest creating conditions for attracting significant investors. It will interest lots of others. The task of the state – is to attract them nonetheless.

Hard work is essential for achieving this. For example, it is quite effective to meet each investor personally and persuade him/her to come to Ukraine. The Prime Minister or the Minister of Economy should do this, as the economic block is responsible for cooperating with investors and creating normal economic conditions on behalf of the Constitution. Only the Lviv region demonstrates good results in terms of the number of investors. Its officials are practicing such face-to-face meetings. Such negotiations are strongly effective. Still, you need to know what exactly to offer each particular investor.

LDaily: Is the war in eastern Ukraine still one of the decisive factors for refusing to come and invest in Ukraine?

A.Derevianko: It was so before, now it plays a smaller role. However, this does not mean they are ready to start a business there. The central and western parts of Ukraine are the most attractive for them.

LDaily: You have listed the main problems of Ukraine, which hinder its development and growth. It is difficult to define so far, how it happens and if these issues are the only ones. Still, can we forecast what will be Ukrainian business like in 5-10 years?

A.Derevianko: It is hard and almost impossible to forecast something in our world and in our country. The world is rapidly changing; it is one of the decisive factors. I want to believe that our business will become technological, competitive, productive and profitable by that time. I want our country to attract a sufficient amount of foreign investors and to create an even playing field for business owners. It is difficult but still possible to achieve this in the five-year perspective. We must take real steps today to achieve the desired goal in the future.