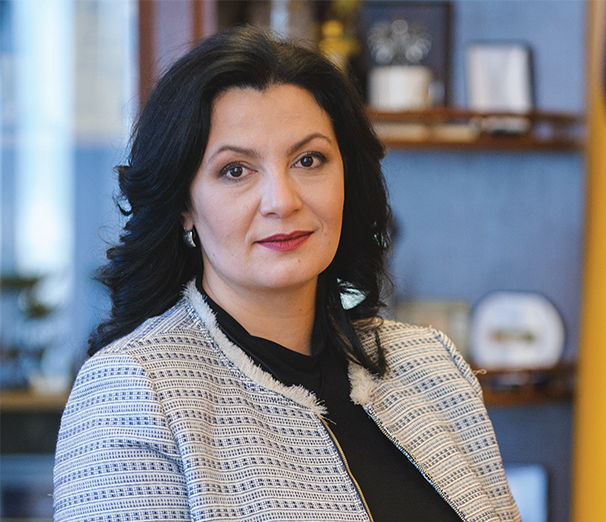 Ivanna Klympush-Tsintsadze, Vice-Prime-Minister for European and Euro-Atlantic Integration of Ukraine.

The Office carries out a large number of tasks: from the translation of the EU Directives to the analysis of all government decisions and draft laws for correspondence with the Association Agreement.
There was also achieved a lot. The most important is the institutional basis for coordinating the efforts of movement into EU and NATO. Within the frames of reform of the state administration, Boards of Directors for strategic planning and European Integration were created in the key ministries that ensure correspondence of Government’s priorities with European integration obligations of Ukraine. Now, the European and Euro-Atlantic Integration relates to all spheres of life and all institutions – from the Government to the smallest community.

The process of reforms which are taking place in Ukraine

Reforms could move faster, however, there are objective reasons for this (not yet fully reformed system of state administration, interests of individual groups and, of course, the war which requires much human, financial, and moral resources.) Still, our partners recognize that over five years, there have been made more in Ukraine than for the all previous years of its independence. That is why I evaluate the process positively. We are not painting foreside, we are doing structural changes, and that is a long and well-considered process, which yet gives better results than populist decisions and slogans.

When will Ukraine become a fully legitimate EU member?

As soon as it is ready. We will be ready for this when fully execute the Association Agreement between Ukraine and the EU. I underline that this is the biggest and the most ambitious Agreement that the EU has ever concluded with third countries. It involves implementing up to 90% of European Union laws into our legislation. This means that once the Agreement is fulfilled, we will become mutually compatible with the EU countries – we will have the same rules and procedures which operate there, providing a high level of transparency in state administration and doing business, which in turn gives European prosperity and respect for people. Once we achieve this compatibility, no one will have arguments left against Ukraine’s joining the EU.