Главная › Journal › Crisis is not a dead end, but just a search for new opportunities and the development of new directions 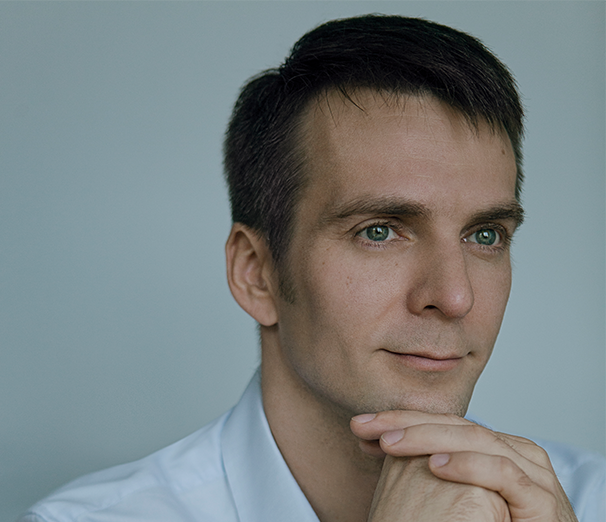 Crisis is not a dead end, but just a search for new opportunities and the development of new directions

Crisis is not a dead end, but just a search for new opportunities and the development of new directions

The director of the “Schindler” company Mykhailo Zaychenko speaks about one of the oldest companies in the production of elevators, how to survive the crisis with minimal losses, about the methods of fight against corruption and about what the brand Schindler obliges to in the interview specifically for LDaily.

Mykhailo Zaychenko has been a head of the Schindler division in Ukraine for 5 years now. He took a leading position in a difficult period for Ukraine and during this time he went with his team through ups and downs, he needed to make responsible decisions, adapt himself to a dynamically changing market, and develop new business strategies. Only the professionalism of the employees, the crystalline business ethics and the first-class quality of products remained unchanged. After all, the main thing for “Schindler”, a company with one and a half century history, is to keep the brand.

LDaily: Mykhailo, tell us about the roots of the Schindler company.

M. Zaychenko: The Schindler Company was founded by Robert Schindler (not to be confused with Oscar from Schindler’s List) in 1874. When safe technical solutions for elevators were found, our company became one of the first to launch them into mass production. This has become a real urban revolution, we have completely changed the image of cities, because before the appearance of elevators, nobody could construct buildings higher than 4-5 floors. Today, Schindler Group is among the four global leaders in the elevator and escalator market. Our annual revenue is CHF 10 billion, the company employs 60,000 people and has 1,000 branches, located in 100 countries.

LDaily: At what stage of development Swiss “Schindler” decided to start business in Ukraine?

M. Zaychenko: A subsidiary company appeared in Ukraine in 2004. At that time, business in our country flourished, the construction was a real boom. Schindler’s business model implies close proximity to the client, so the company could not bypass the market of one of Europe’s largest countries.

LDaily: You have been a director for over 5 years, has your business model and management model changed during this time?

M. Zaychenko: I have been in “Schindler” since 2013. An uneasy, changeable period in the life of the country. Our company, of course, needed to react to global events in the Ukrainian economy. Perhaps the most significant change is due to the expansion of landmarks. The fact is that “Schindler” has always been betting on the commercial segment, but the market for commercial real estate and infrastructure was frozen during the crisis. To keep the company afloat, we decided to pay attention to the residential market. Housing in Ukraine continued to be built, these were small orders for us, which brought a quick income and helped the company to maintain stability even in the most unreliable times.

In addition, we have intensified the direction of technical maintenance of the equipment. It is also a permanent income, because every equipment needs a planned scheduled maintenance and repair. It should be noted that many owners of elevators and escalators in our country are not seriously approaching the issue of their maintenance, limited to the formal fulfillment of the requirements of the legislation. We are pleased to note that recently more and more customers are concerned about the safety of their equipment and are careful about choosing a provider of such services. In addition, the popularity of the services of technical audit has grown, which allows using the Swiss methods to determine the actual state of the equipment.

LDaily: Is it correct to say that “Schindler Ukraine” has passed the crisis calmly?

M. Zaychenko: Strong actions and correct tactics allowed us to save our team practically without losses during the crisis. We have been expanding during the past year, opening new lines of activity and strengthening existing ones. So, a department for the sale of services has been established, many new service technicians and installers have been hired.

LDaily: Are the values of the Swiss and Ukrainian “Schindler” crossed?

M. Zaychenko: Of course, this is a key requirement. In fact, Schindler Group is truly an international company. So, there are people from different countries on the board of directors. Regardless of the size of the company and its location, if it is part of the “Schindler” group, the demands for it will be the same as for others. The Group provides its regional units with a wide range of operational discretion, demanding in return for strict adherence to the company’s core values, including safety, quality, respect for customers and employees, integrity and trust.

LDaily: What are the five challenges you face when doing business in Ukraine?

M. Zaychenko: First of all, I would call the high level of shadowing and corruption. It is very difficult to work without giving kickbacks in construction business, but we always refuse projects where we are hinted at the need for so-called “rewards.” The existing system of justice does not yet allow companies to quickly resolve disputes, including economic disputes.
In addition, the imperfection of the current regulatory framework in many issues, such as labor relations or tax administration, leads to inefficient use of resources by companies.

LDaily: What would entrepreneurs do intuitu personae to make business easier?

M. Zaychenko: Corruption has two components — demand and supply, therefore, a decrease in supply will radically change the situation with corruption, including the private sector. The second factor is improving the culture of doing business, increasing transparency and discipline in the performance of obligations, which is often not enough in Ukrainian companies.

Transparency in business is the way to success. Start with yourself.

And, of course, we should always develop, strive for the best, be guided by the experience of economically successful countries. For example, many of our architects continue to use soviet solutions when designing buildings that have become obsolete and are no longer used anywhere else in Europe. And the reason here is not the lack of information, but the unwillingness to develop and understand.

LDaily: In your opinion, what could become a key advantage for the flow of investments to Ukraine?

M. Zaychenko: Fulfillment of obligations by the counterparties. Undoubtedly, not a single project goes smoothly, and this phenomenon is typical for Europe as well, but it is especially difficult to work in Ukraine. We often have to sue both contractors and tax authorities, and every time the trial turns into a very, very long red tape.

The second important point for a foreign investor is the protection of property. Solid foreign investors are deterred by the risks of losing their assets due to raider seizures or illegal actions by state bodies. People want to know how they will invest their money, what profit they will receive and how they will get out of the conflict situation.

LDaily: Does the Ukrainian “Schindler” learn from its Swiss “colleague”?

M. Zaychenko: Training and exchange of experience occur all the time. In the name of security, we always work on improving the equipment. The policy of the company is that it does not matter where the elevator is installed, in Ukraine, China or Switzerland, it must meet the global requirements for safety and quality of the Schindler Group, which significantly exceed local norms.