Interview of the Director of the Ukrainian representative Lantmannen Scandinavian food concern Ihor Chervak about the problems of modern Ukrainian business and hopes for 2017.

Calm and orderly, but  although demanding a little, perhaps categorical, but is aimed only at the development, even when makes a mistake. After a conversation with such a  leader, does not leave the thought that this is one of the best companies. Deep analytical thinking of Ihor Chervak, the ability to see, measure and predict the wider and deeper than we are accustomed to see in many Ukrainian leaders. The set of all these features explains Ihor Chervak’s cohesion of the team and the company’s development, which is not slowed down for a minute.

LDaily: Ihor Ivanovych, you have been heading Lantmannen representative office in Ukraine since 2000. Much has changed in the country over these years. Describe please, the present business potential of our state?

I. Chervak: First of all, the potential of Ukraine is growing. I would like to give an example of our company: the main company which is located in Sweden, has opened its office in our country as far back as 2000. And then they saw Ukraine as the most important part of the Eastern European strategy. Unfortunately, this strategy has not been fully realized due to political and economic cataclysms, which we all know. However, the company did not leave the market and the corporation continues to monitor the developments in Ukraine. And I want to tell you that our head office hopes that it worth to develop in Ukraine for which reason nobody plans to leave this market.

LDaily: What are the indicators of the company in the end of the year 2016? Has the goal (established at the beginning of the year) been achived?

I. Chervak: In general, we have a good indices of the development this year , although it sounds a bit strange in the Ukrainian realities. We have completed in a great measure our plan in terms of sales, however, the profitability this year, is slightly less than in the past. On such a result affected both unstable raw material cost and kept rising energy prices at energy sources, gas etc..

LDaily: It can be assumed that because of this, you have increased the volume of exports?

I. Chervak: No, we did not increase exports. Although, in 2013 export and sales indices here was equal, 50 to 50. Of these, 50% of exports – 35% were exported to Russia, but because of the well-known political events, we have reduced exports to that country. Now 70% of the products we sell in Ukraine, and only 30% is exporting. Of course, we would like to expand markets overseas, because today the potential for the development of the company is limited in Ukraine.

LDaily: How, from your personal experience, have transformed business problems for 10 years?

I. Chervak: First of all, an array of retail trade in Ukraine has changed. In 2000, the bulk of sales of our food came on the open wholesale markets, which occupied 80% of sales. Now this figure is zero. Wholesale markets pushed supermarket chains, which are more convenient for consumers, though, from the business point of view, manufacturers have problems in resolving issues with supermarket chains: they are trying to dictate their terms to suppliers, manufacturers, which has a negative effect on business relations in Ukraine.

LDaily: Ihor, tell us, please, how does Lantmnnen protect their own assets?

I. Chervak: Our corporation has insurance agreement with the World Bank, that is, we are insured in the event of any illegal actions or political force majeure. And in the event of such a situation, the World Bank will be obliged to pay compensation to our owners. By the way, this form of protection is quite popular among the representative offices of foreign companies in Ukraine.

LDaily: As a Ukrainian businessman, please tell me, whether is rooted in Ukraine the concept of business culture?

I. Chervak: Before answering this question, I want to talk about something. In Ukraine, in my opinion, there are two fundamental problems. First of it is a very low level of trust in society. We believe that people’s trust must be earned. And so people are tested not only among ordinary friends, but also among business, and I tell you frankly, it is very harmful to the rapid improvement of relations. Meanwhile, in most European countries as well as in the US, the situation is just the opposite – there trust is accepted at once: to lose confidence, you need to really do something illegal. Therefore, the European and American businessmen are not afraid to enter into verbal agreements. Incidentally, in the US such an agreement may be used in court if disputes arose between the partners. The main thing that there were witnesses to the agreement. The opposite is observed in the Ukrainian business field –

without signed contracts, certified in several notaries and a long-time agreement no one will cooperate with you, and to talk about the verbal agreement does not make sense, though such a concept is approved in the Civil Code of Ukraine

The second problem cultural problem of the Ukrainian business is a very short planning period. From my experience I can assure you that most of our businessmen and even state governments agree on only short-term plans. No one usually think about what will happen in five years, even what will be a year later. Maximum planning horizon for the Ukrainian business in the best case is three months, and at worst a week. Therefore, the system of sales in Ukraine often is not built on fair sales, but on touting. The purpose of this is to sell as soon as possible , and then start a new business in the same way.

LDaily: What is then the strategy of your company, is it also short?

I. Chervak: We have several levels of planning. Every three years, in March, we coordinate the strategic plan of the company for 3 years, adjusting the remaining two. After that we will accord a more detailed plan, develop quarterly for 90 days, which set more specific goals. For its realization we coordinate monthly plans which are always trying to perform.

LDaily: Do you conduct an analysis of mistakes?

I. Chervak: Frankly, that is not so often. If the person is a professional, he is aware of his mistakes as a rule. And in fact, for many experienced entrepreneurs the worst punishment is a shame for mistakes, so I do not consider it is necessary to analyze them. It is normal to be fallible sometimes. For example, this year we have introduced 35 articles, 5 of which we will close. Yes, this is a mistake, the money and the time are spent, but we must understand that this is a normal process for any company that operates and develops.

LDaily: Are you available as a leader to subordinates?

I. Chervak: I do not think this is an advantage and feature of good governance. We have many procedures and internal links, designed to address problems before they know about me. If any unclosed question came to me, it means that at some plot something did not work and those who was supposed to solve this problem, did the unfair acts. I have always adhered to the opinion that the elimination of problems of decision should be made at a low level by the people, which are the most affected by it.

In our company, it has already been running for two years such an initiative: we offer our employees to submit their proposals for improving their work or the company as a whole monthly. Every time we get about 100 proposals. Learning these references, select three best, whose authors are awarded, receive the premium, as well as a star on the Walk of Fame at the factory. I want to say that this practice not only helps to make staff friendly, but also allows employees to feel themselves the part of the process and feel that their opinion is important to guide and it is taken into the attention.

LDaily: What industry in Ukraine, in your personal opinion, is the most promising, where would you advise the foreign investors to put up their money? In which country in the world would you personally like to start your own company?

I. Chervak: Unfortunately, for the moment Ukraine is not a place where it worth to invest, despite the frequent statements about the prospects of agro-industry and IT business. It is my personal conviction. And we, Ukrainians, can just sell cheap resources abroad.

I would, for example, advise to create businesses in Ukraine, where labor productivity is very high, and where you can create product value, which at the moment no one is doing, and to do that we have the professional staff, and the possibilities, but there is no strategy that has an extremely negative effect on the development of large-scale business processes

I. Chervak: I am an optimist and I try to keep it, but I always prepare for the worst scenario. The plans for next year are quite simple – to keep the already tested positions. Although the goals should be high – rise more and move forward. 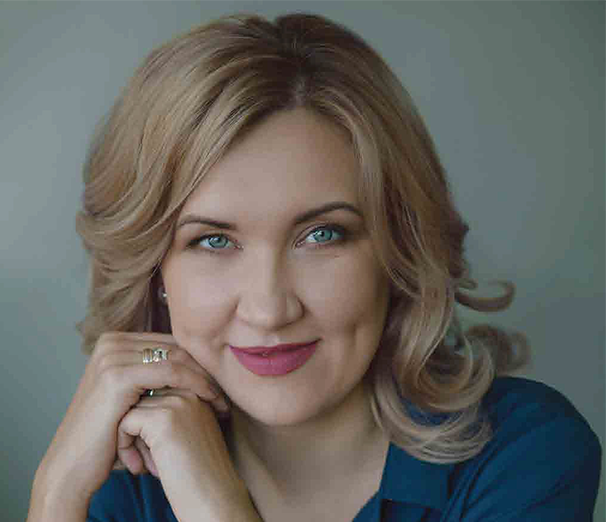 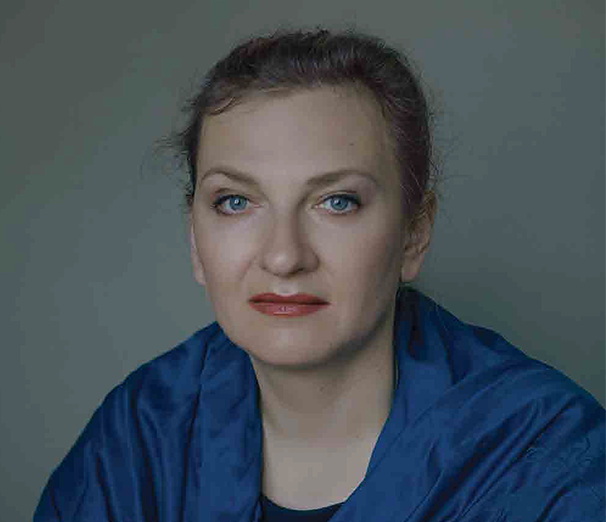