Ukrainian investor put in dead storage the plant in the EU 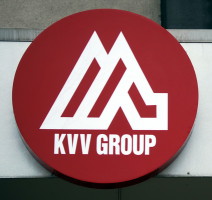 The Ukrainian “KVV group” put in dead storage its  Liepajas KVV metalurgs plant in Latvia because of the crisis in the steel industry and the failure of the negotiations with the Latvian government.

“The management  of the ” KVV group”  forced to take this decision in view of the continuing long-term negative factors, that impede the work of the enterprise: the crisis that engulfed the global steel market, the debt liabilities to creditors, and disinterest of the state to support the industry”, – said the press-secretary of the Ukrainian Group Natalia Napadovskaya to  the BNS agency.

According to her, during the last months the company’s shareholders tried to resume production, to find a constructive dialogue with the Government and presented a plan for debts’ restructuring.

March, 1 KVV Liepajas metalurgs presented to the State Treasury of Latvia a restructuring plan which government had demanded in early February. The plan proposes a new schedule of payment of the plant’s debts at a rate of 70 million euros and options for the restructuring of the non-core assets.

Early this week the Finance Minister Dana Reizniece-Ozola said that the plan of the KVV Liepajas metalurgs does not reflect the interests of the state, does not indicate a willingness to long-term activities, “it is rather a list of the needs of individual shareholders.”

The management of the “KVV group” earlier said about the “formality” of the Latvian state to the problems of the plant in Liepaja.

“In 2016, the company did not receive any support from the state and it came under the cosh: the default announced by the creditors on January 19, the withdrawal of money on January 21 with a bank guarantee in the amount of over 13 million euros, the freezing of funds of 300 thousand euros negatively impacted the state of the current assets of the enterprise and its image”, – noted the Ukrainian group.

The financial problems of the Liepajas Metalurgs appeared in January 2013. In July of the same year the government repaid the loan of the plant in the amount of  67.4 million euros to the Italian UniCredit and became the beneficial owner of the idle establishment. In the autumn 2014 was found a new investor – the Ukrainian “KVV group” that  obliged to pay for 10 years a total amount of 107 million euros. The production was resumed in February 2015, but after a few months there have been reports about the new challenges of the enterprise, including those that associated with high energy tariffs. In 2015, losses of the Liepajas Metalurgs KVV exceeded 8 million euro.

“KVV group” carries out activities in preparation of scrap metal, the founders are Valery Krištáľ and Eugene Kazmin.

3×4, a Web3 fundraising platform for non-profits, has been launched in Ukraine to bring innovative crypto & NFT fundraising to the rising number of social impact causes. 3×4 helps non-profit organizations to fundraise utilizing NFTs in collaborations with artists and brands while providing donors utility, revenue and transparency. The idea of 3×4 was born in […]

During the first phase of the implementation of technical specifications for the development of the transport infrastructure in the Yuzhnyi port, the Allseeds company packed 6 points and 900 m of the electrified tracks, established  3 shunting winches, performing works totaling for more than 25 mln. UAH, – says  the press -service of the company. […]

1 + 1 media Group buys Ukraine’s largest satellite TV operator – Viasat. The seller was a Swedish media holding Modern Times Group (MTG). According to the informed sources, the amount of the deal could reach  300 – 500 million UAH ($ 15-20 million). The press service of the 1 + 1 media is short-spoken. […]

The European Union has launched an antitrust investigation against Google to determine whether the company has violated EU rules by giving priority to advertising its services to the detriment of competitors. The Financial Times reports. According to the European Commission, the investigation will find out whether Google undermines competition rules by restricting third party access […]

A-95 consulting group was searched in Kyiv

The offices and apartments of the A-95 consulting group were searched on Tuesday, July 13. The company’s director Serhiy Kuyun connects them with exposing materials about the BRSM-nafta gas station network. “Today in our apartments and the office of the consulting group A-95 were searched, equipment was seized. The last thing they said:” The police […]

NASA has provided to Nokia with $ 14.1 million to deploy 4G (LTE) network on the moon. The US space agency noted that telecommunications networks of this standard will be able to provide more reliable than radio signals, communication on the Earth’s satellite, where it is planned to build the lunar base by 2028. NASA […]