Главная › News › The Ukrainian investment company Digital Future co-invested $ 13.1 million in the startup of YouAppi in the round 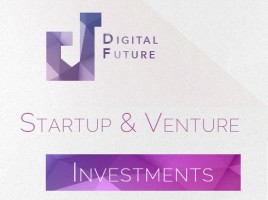 American-Israel YouAppi service was founded in 2011. YouAppi technology is based on proprietary solution algorithms. YouAppi analyzes the features of user interaction with other mobile applications by 25 different factors, thereby suggesting solutions to attract users. Thus, the platform operates at the intersection of artificial integrity and Big Data.

Besides the Digital Future, in the transaction attended Hawk Ventures, Global Brain, Click Ventures, Emery Capital, AltAir Capital, Glilot Capital Partners, 2B Angels and Flint Capital. In the previous round of the investment YouAppi received $ 3 million from a number of investors.

“For us, this is a serious step forward. As far as we know, none of domestic companies participated in the round “B” – said Alexey Vitchenko, the CEO of the Digital Future company. According to him, before this the service was used by their portfolio companies.

YouAppi plans to use the investment for European expansion. However, at the moment the team has a solid portfolio of clients, including Baidu and UC Union (Alibaba Mobile Business Group), as well as the impressive statistics: on the platform registered 1.75 billion profiles, 3,500 mobile applications and websites.

It will be recalled that at the beginning of this year the  Digital Future invested $ 200,000 in the Ukrainian service of life planning –  LifeTracker.io.

3×4, a Web3 fundraising platform for non-profits, has been launched in Ukraine to bring innovative crypto & NFT fundraising to the rising number of social impact causes. 3×4 helps non-profit organizations to fundraise utilizing NFTs in collaborations with artists and brands while providing donors utility, revenue and transparency. The idea of 3×4 was born in […]