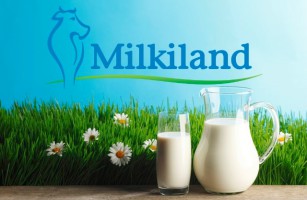 The “Milkiland” dairy group with assets in Ukraine, Russia and Poland completed the registration of one Polish and two Panamanian subsidiary trading companies in the first quarter 2016.

According to the report of the group on the site of the Warsaw Stock Exchange, in Poland was registered UA TRADE Sp.zo.o., in Panama – Newholm Systems S.A. and Agrointer Corporation.

As reported, “Milkiland” in 2015 got a net loss in the amount of 73,296,000 euros, which is 1.2% more than in 2014. Its revenues declined by 33.7% – to 191.5 million euros, mainly due to the devaluation of local currencies to the euro, the deterioration of consumer demand for dairy products due to lower household income on the company’s primary markets.

The “Milkiland” group of companies is one of the five largest producers of dairy products in the markets of Ukraine and Russia.

In Ukraine, the Group operates 10 plants, which  produce a wide range of dairy products, including cheeses, fresh dairy products and butter, which are sold under the trademarks “Dobryana” and “Kolyada”.

In the summer of 2012, “Milkiland” acquired Mazowiecki Ostrowia cheese factory in Poland, in early 2013 – “Syrodel”, JSC in Russia.

The Agricultural company “Volyn-Grain-Produkt” built a seed plant for the production of the soybean seeds, peas, wheat and barley. The official opening of the company is planned this year. This was said to the Latifundist.com by the founder of the company,  Evgenyi Dudka. According to him, the company has tentatively made for themselves the  soybean […]

The court arrested the “Fozzy-Food” accounts, because of the underestimation of VAT

Salesforce announced the purchase of Slack messenger for $ 27.7 billion

Salesforce is one of the world’s largest players in the cloud computing sector. They will buy Slack Technologies, the owner of Slack’s corporate messenger. The Wall Street Journal reports, Messenger will cost Salesforce $ 27.7 billion, which will be the largest acquisition of the company in its history. The terms of the deal include that […]