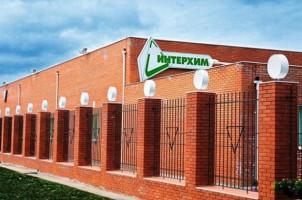 The “Interhim” pharmaceutical company has completed the construction of laboratory and manufacturing facility in Odessa. Besides, the company has invested in increasing of production capacities. This step will allow the company to increase 4 times its production.

“Interhim” is the manufacturer of finished drugs and pharmaceutical substances. It is included in the TOP-10 Ukrainian manufacturers of medicines. The share of own production reaches 2% of the total market in the country.

Assortment portfolio of the “Interhim” includes eight pharmaceutical substances, about 80 units of the nomenclature of finished pharmaceutical products, four of which are the original inventions of the  Ukrainian scientists, as well as modern import substitution drugs.

The NBU estimated the outflow of investments for six months

Following the results of the first half of 2021 in Ukraine the outflow of investments proceeds, the chairman of Council of National Bank Bohdan Danylyshyn reported on Wednesday, August 4, on Facebook. According to him, foreign direct investment in the economy of Ukraine due to the participation of a direct investor in capital increased by […]

Naftogaz expects a net profit of 2.4 billion a year

In 2021, NJSC Naftogaz of Ukraine expects to receive UAH 121,808 million in net sales revenue. This is stated in the explanatory note to the draft order of the Cabinet of Ministers on the approval of the financial plan of the NJSC. According to the document, the net profit is planned at 2,435 million hryvnias. […]

Johnson & Johnson plans to examine the final vaccine in September

Shares of Johnson & Johnson rose by 0.68% on Thursday, ahead of the growth of the S&P 500 index by 0.32% after as the company announced that it plans to begin the final phase of a clinical trial of its COVID-19 vaccine in September. Shares of J&J recovered after losses in February and March and […]