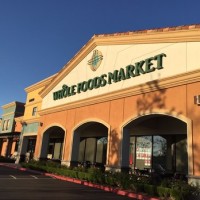 One of the largest supermarkets in the USA – Whole Foods was in the midst of a large-scale scandal. As a result, a spot check of stores, which was produced by regulatory agencies in New York, was found mismatch on the price tags of products, a total of 80 items. For various purchases that were made in the supermarket chain, buyers paid much more money than it should be.

The Whole Foods company admitted its guilt; its representatives said that in fact the cost of many groups of goods was wrongfully overstated.

The New York City Department of relations with consumers reported that there will be no trials in this case because the parties agreed to a penalty of $ 500 thousand. The fine will be paid to the government of New York.

In addition to monetary penalties, the city authorities have determined that now in  Whole Foods stores will be held the quarterly report, in order to avoid further violations, and ensure that all implemented supermarket chain products are  properly weighed and labeled.

In turn, the city inspector Consumer Affairs Julie Menin said that it was the worst result in the history of inspections, when all the 80 products made by check, had discrepancies in price and weight.

A huge supermarket chain Whole Foods has 311 stores in cities across the USA, Canada and Great Britain. The company was included in the ranking Forbes ”100 best companies to work”. Its profit for the fourth quarter of 2015 was $ 56 million, or 16 cents per share, compared with $ 128 million, or 35 cents a share a year earlier, while revenue rose for 5.6% to $ 3.44 billion.

Analysts said the scandal with mislabeled products may affect the company’s reputation and undermine investor confidence.

Nationalization of PrivatBank, lawsuits against Apple, and the most interesting           ideas from leading industry executives. Only that is really worth your attention    1. Privat is no longer private On December 18 at 23:30 p.m. it was  posted the information on the site of the Governmental portal of Ukraine  that […]