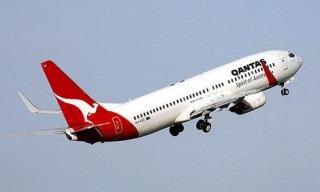 14 famous international airlines, such as British Airways, Air France-KLM, Qantas Airways, Air Canada, etc.,  were accused of cartel in the area of ??cargo and had to pay a fine of € 790 million.

The European court of general jurisdiction, the second most important court in the EU, in its verdict says that the decision, which was adopted by the European Commission in 2010, is controversial.

In a new court decision they are talking about the fact that the original decision was the confusion on the issue – whether committed by four different offenses, or one continuous,  curated by the participants of collusion. Also it is  specified in the decision that it is difficult to  admit the existence of the cartel, which would have covered all the line routes.

The European Commission reported that over six years about 20 airlines had colluded on the price policy, thus violating European law on free competition. The parties were engaged in a negotiation about the cost to fuel surcharges and allowances for safety.

The case started  investigating in 2005. At that time the German Lufthansa has first reported on cartels and thereby avoided the liability. After a series of investigations in 2010 the European Commission adopted a decision which refers to four specific violations related to specific periods and routes of the carriers.

Several carriers have challenged the decision, pointing out the contradictions in the document. The court agreed with their statements, canceled a multimillion-dollar fine, as well as in its verdict said that the airline had no opportunity for high-quality legal protection.

The new decision could be challenged in the High Court of the EU – the European Court.

US Employees of Facebook were allowed to work in a remote location by June next year. Most Facebook personnel were switched to remote mode in late March, and in April, CEO Mark Zuckerberg said that it is the last among of those to resume working in the office at the end of a pandemic of […]