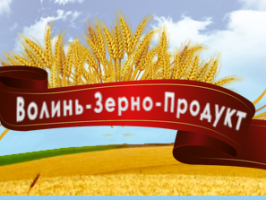 The Agricultural company “Volyn-Grain-Produkt” built a seed plant for the production of the soybean seeds, peas, wheat and barley. The official opening of the company is planned this year. This was said to the Latifundist.com by the founder of the company,  Evgenyi Dudka.

According to him, the company has tentatively made for themselves the  soybean seeds. This year they plan the official opening and expansion of production.

The company also intends to expand its elevator capacity, which volume will amount 250 thousand tons this summer, and to open the certified warehouse for the crop-protection agents.

It is also noted that the “Volyn-Grain-Produkt” expects to grow by 10% per year.

The “Volyn-Grain-Produkt” was founded in June 2001 and is part of the group of companies of the TM “Vilia”. The “Volyn-Grain-product” is  a parent management company, the owner of the infrastructure and productive assets.

The “Volyn-Zerno-Produkt ” is engaged in the production of wheat flour, pasta, cereals, various types of compound feed and feed mixes, trades in all kinds of grains and oilseeds.

The Land Bank of the company counts 18.5 thousand hectares. The Elevator capacities are up to 250 tons. The  Number of the employees is 1,000 people.

China and Korea are investing in Ukraine?

In Ukraine this year can begin flow the investment from Korea and China. It became known from the message of the investment portal InVenture. This development scenario is possible with the signing of an agreement on free trade zone with China. About potential investment operations notified Oleh Ustenko – Executive Director of the company, which […]