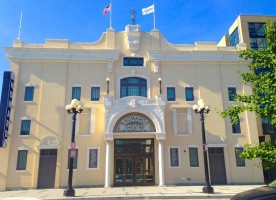 Historic Howard Theatre, which is located in northwest Washington (DC), owed the government more than $ 260,000 over unpaid taxes.

Several years ago, the theater had a reconstruction, which cost the sum of $ 29 million. After the reconstruction of the theater, it was opened to the public in 2012. Officials say that the theater owners owe the government taxes amounting to more than $ 260,000.

An interesting f juridical fact is that the theater building is located on public land, but the theater is owned by private companies and non-profit organizations, and they manage the theatre.

So, one of the companies Howard Theatre Development Group LLC, has received nearly $ 12 million in district funds for the reconstruction of the theater, but did not pay property tax based on the fact that the land is public.

Ellis has created a non-profit organization, Howard Theatre Restoration Inc., to oversee the work of the project.

Press Secretary of Attorney General Charles A. Racine said that questions and documents relating to the restructuring of Howard Theatre were brought to their attention and all materials will be considered soon.

The former treasurer of the company, Zemirah Jones, expressed concern about the financing of the reconstruction. “As a treasurer, I found discrepancies in the documents and reported it to the board of investors, and asked them to take actions”, – Jones said.

But one of the supporters of Howard Theatre, Eagle Bank, remains confident in the project. The Bank provided a construction loan in the amount of $ 5 million to support the reorganization, and he isconfident that the issues of taxes will be resolved soon.

Ellis also stated that the interest of the Prosecutor General to the reconstruction of the theater is inappropriate and documentation  is in kelter. Mila Moss, the chairman of the Howard Theatre Restoration Inc, has agreed with this statement, suggesting that the request is merely a formality.

Robinhood, whose stock trading app has revolutionized Wall Street access to ordinary Americans on small budgets, on Thursday, launched a phased launch of a new product called IPO Access.   IPO Access gives users the opportunity to buy shares until their initial public offering (IPO) on the stock exchange at the IPO price (the price […]