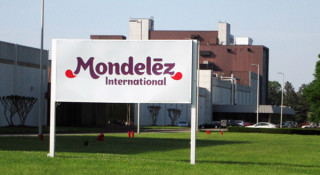 According to the Sunday Times, the Cadbury owner – Mondelez International Company (formerly known as Kraft Foods), legally evaded taxes in the amount of tens of millions pounds into the coffers of the state, since its acquisition of the confectionery giant Cadbury five years ago (the amount of the transaction on purchase Cadbury was £ 11,5 Bln.) Mondelez Company did not pay income tax to the treasury of the United Kingdom in 2014.

According to the Sunday Times, the company legally avoids paying taxes by offsetting interest payments on unsecured loans in the sum of £ 8.2 billion in damages. Interest paid on the loan may be compensated for loss of earnings at other companies.

Such legal agreement meant that Mondelez did not pay UK corporation tax, despite the fact that the profits of its subsidiary Cadbury was £ 96.5 million in 2014 and £ 83.6 million in 2013.

Margaret Hodge, the chairman of the Chamber of the group responsible for the taxes, told that companies deliberately export their profits “artificially” to avoid taxes, and stated that such rules established by leaders in multinationals will not lead to anything good for them.

In its defense, the representatives of Mondelez expressed that comply with all the requirements of the legislation, and added that the company made a significant contribution to the UK economy in the sum of £ 1.86 billion in the period of 2013 – 2014.

Company Guild Esports of David Beckham, specializing in cybersport, announced plans to place its shares on the London Stock Exchange in the autumn of 2020. During the IPO, the company expects to raise 20 million pounds ($ 25.86 million). It is estimated that it will be valued at 50 million pounds. The resulting funds Guild […]

Here is our joint issue with the German-Ukrainian Chamber of Commerce and Industry!