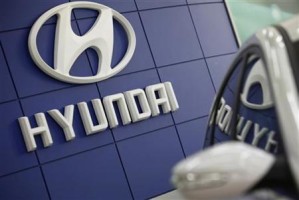 Recently, according to informed sources, the major Korean  automakers Hyundai Motor and Kia Motors announced the purchase of the financial corporation Hyundai Capital from General Electric. The transaction price is generally $ 599,5 million. (Hyundai will pay $ 81,800,000 for 3% of shares, and the company Kia Motors will acquire a 20% stake for $ 517.7 million.) This is one of the largest agreements in the automobile industry in 2015.

Hyundai Capital is a joint Hyundai Motor Company and General Electric, which provides assistance in the area of ??loans for cars and car leasing. The company was founded in 1993 and today it is one of the largest enterprises that fund the automotive industry in South Korea and in the world market.

Hyundai Motor is the South Korean company, which is the fourth largest global company engaged in the production and sale of automobiles. The company has nearly 5,000 salons worldwide. In 2014, the group has gone through a sharp drop in net income, with the global crisis of 2008. Revenues decreased by 19% in the fourth quarter of the year to $ 1.5 billion.

Kia Motors is the seventh-largest car maker, in 2014  it reached the appraised value of $ 5.4 billion USA.

Critics look at that deal positively, and see in it the potential to build spheres of influence in the automotive industry for two major concerns.

According to analysts, this acquisition is a definite strategy. At the same time, representatives of the companies-buyers announce their plans in the future to buy another 20% of the remaining shares of the company General Electric, thus strengthening its position.