Главная › News › Foxconn invests to the opening of a factory in China about $ 4, 65 billion 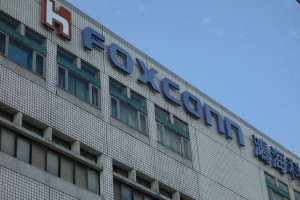 Foxconn, which manufactures electronic equipment, announced that it intends to invest $ 4,65 billion in the construction of a new factory in Guyame, China, the purpose of which is to create  new modern LCD screens.

The enterprise Guyame will use the new technology in the production of modern electronic products. First, the Foxconn management said  thatthey plan to begin construction of a new enterprise  in the end of this year, and the first batch of goods to be released to the end of 2017. However, in the Western press it was reported that the construction has not yet begun. Foxconn’s management did not comment on the situation.

Foxconn is not limited plans for Guyama, the similar factory to be built in Taiwan; Foxconn company will invest in the construction of facilities together with Innolux. Also in northern China, the company will launch from Foxconn. The new factories  should start their work in the first half of 2016 and 2018.

Analysts commented differently grandiose plans for expansion of Foxconn. According to them, this decision will be a success in that case there is clearly developed strategy and business plan.

The UAE has exceeded the quota for oil production

Division of a major bank in Switzerland will pay to the USA government a fine of   $ 99 million to settle the case to the complicity of American citizens in tax evasion, – reports The Wall Street Journal. In its defense, the bank’s representatives said that their establishment has never been support those who […]

The first batch of Pfizer COVID vaccine has arrived in Israel

The first batch of Pfizer coronavirus vaccine has been delivered to Israel. This was reported by The Jerusalem Post on Wednesday, December 9. “A DHL flight from Brussels carried more than 100,000 doses of the newly created vaccine and landed at Ben Gurion Airport in Tel Aviv around 9 a.m.,” the statement said. The doses […]