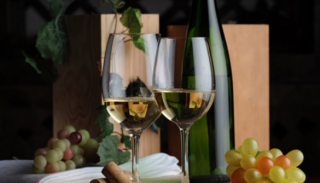 Hungarian businessmen interested in the wine industry in Ukraine. They are willing to invest and develop the wine industry with a view to the sale of Ukrainian wines in Europe. This interest was announced during a meeting of Taras Kutovoy, the Minister of Agrarian Policy of Ukraine and Industry with Erno Keshkenom, Hungarian Ambassador to Ukraine.

As the press service of the Ministry, the Hungarian businessmen interested in agricultural technology development as well as the wine industry. They even believe, as noted in the press service of the Ministry of Agrarian Policy of Ukraine, the result of such cooperation will be very popular on the European market. In addition, the development of bilateral trade and economic relations in the agricultural sector is beneficial for both countries.

Taras Kutovoj  drew attention of the Hungarian Ambassador to the fact that state-owned enterprises, which are subordinated to the Ministry and can be privatized, also could represent big interest for the Hungarian businessmen.

“Today, there are several state-owned enterprises to be privatized. They are of interest to foreign investors, and some have great prospects for the Hungarian businessmen in the development of wine industry in Ukraine “, – said the Minister.

For the first 5 months of 2016 trade turnover of agricultural products in Ukraine with Hungary was around 65.5 million dollars. This is a more than $ 4 million less than for the same period of 2015.

We remind that the main Ukrainian goods for export in 2015 were wood and edged board. The most popular export item was Ukrainian alcohol.

In general, over the past 2 years, the real estate market has shown positive dynamics in almost all segments, especially since the situation has equaled both in the capital and in the regions. Let’s consider more different segments. THE RESULTS OF THE 4TH QUARTER OF 2017 AT THE OFFICE REAL ESTATE MARKET IN KIEV The […]

Ryanair has been fined millions of euros in Italy

The Italian Competition and Market Administration has fined the Irish airline Ryanair 4.2 million euros for the fact that the carrier did not reimburse the cost of tickets for canceled flights after June 3, 2020. It is noted that the Antimonopoly Office recognized this practice as unfair after the easing of restrictions on movement in […]