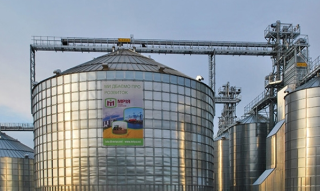 A serious scandal, which erupted in the Ternopil region, and subsequently has covered the whole territory of Ukraine, continues to grow. In the night of 2 to 3 July 2016, on the motor company which is owned LLC GLOBAL FID, attacked by a group of armed young people, in an amount of about 50 people, with a view to capture. Security Global FID repulsed the attack raiders. According to these facts, law enforcement officers carried out an investigation.

Currently, at the request of LLC “GLOBAL FID”, its territory and the buildings are under the constant protection of the staff of the special division of police. The representatives of LLC “Global FID” suspected that the assailants acted in the interests of agricultural holding “Mriya”.

According to the company’s management – the company “Global FID” is the sole owner of the complex of administrative buildings, as well as the sole legal tenant of land, which is located in Khorostkiv. In support of this, the management of LLC “GLOBAL FID” has showed a lot of the documents.

According to the documents, in 2014 the company Ltd. “Mriya-Leasing” sold “BUD M” motor company for a record price  – more than 40 million hryvnia. A year later, 23 October 2015, LLC “Global FID” acquired from LLC “BUD M” motor company with a complex of buildings and structures for carrying out economic activities. In support of this, the company’s representatives gave a copy of the original sales contract.

Later, 18 December 2015 LLC “Global FID” also signed a contract with the city council HOROSTKOVSKIM a lease of land where there is a building for next 49 years of rent. This fact is also documented by a copy of the lease agreement of the land plot and the act of receiving a transmission. Property and land have been acquired in accordance with all applicable law, have been checked for their belonging to third parties and the availability of possible bans state registration authorities – say representatives of LLC “Global FID”.

Thus, all statements by the representatives of agricultural holding “Mriya” about the misappropriation of land and the buildings located on it are really obviously false. And the law, and the truth is on the side of OOO “GLOBAL FID”.

Meanwhile, behind the host’s back, the representatives of agricultural holdings “Dream” actually signed a fictitious lease agreement with the previous owner. And now, the leadership of “Mriya” shows the signed contract which is dated “retroactively” and tries to capture the property power way.

This is classical scheme raider seizure of property. The actions of the agricultural holding “Mriya” confirms us once again that in the legal field in Ukraine there is an unpunished arbitrariness.

Land resources of “MRIYA” located in the most fertile and favorable regions of Ukraine. Agro Holding handles land in Lviv, Ternopil, Khmelnytsky, Chernivtsi, Ivano-Frankivsk, and Rivne regions. The company has considerable experience in agricultural production, which employees of “Mriya” are combining with advanced technology and effective comprehensive and rational use of natural resources and land.