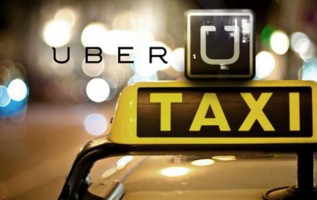 The LetterOne Holding (L1), one of whose shareholder is the billionaire Mikhail Fridman (who was born in Lviv, and who is one of the shareholders of Alfa-Bank Ukraine), invested $ 200 million in Uber  taxi service. This is stated in the message of LetterOne.

“I am very pleased with our strategic partnership with Uber. As an investor with experience in the banking and telecommunications, retail and energy, as well as having knowledge of work in developing and emerging markets, we believe that Uber management has the necessary knowledge  and capacities  to build successful technology business “, – said Friedman.

In general, L1 is exploring the possibility of investing of $ 3.2 billion in technology projects in the later stages in the next few years. The company’s goal is to invest about $ 100-500 million per project.

In early January 2016 with reference to the information source, Uber was valued at $ 62.5 billion for the new round of investment. In the beginning of December, The Wall Street Journal wrote that Uber has attracted $ 2.1 billion during the next round of funding, the entire company was valued at $ 64.6 billion. Among the investors, there were the Tiger Global Fund and the T. Rowe Price Group American company. Earlier the edition reported that in July 2015 the startup raised $ 1 billion, based on the evaluation of the whole company at $ 51 billion.

Uber is an international technology company that develops mobile taxi service  with a personal driver. The company provides its services in 360 cities in 64 countries.

LetterOne Holding was founded in 2013. The company has assets under management, amounting to $ 25 billion and invests in oil and gas and telecommunications industries. Previously it was also reported about the LetterOne’s  interests  to invest in Brazil.

Ukrainian banks have already issued UAH 8 billion in available loans under the “5-7-9” program. This was announced by Finance Minister Serhiy Marchenko on the talk show “Freedom of Speech of Savik Shuster”. “Today, 80 coins from the hryvnia loans are provided under the program of ” 5-7-9 “. UAH 8 billion and 3,000 loans […]

IFC has invested in the construction of “Yuzhnyi” grain terminal

On January 9, 2017 IFC’s international financial institution, which is a part of the World Bank, has approved the allocation of funds in the amount of $ 37 million for the construction of a grain terminal in the merchant sea port “Yuzhnyi” in Odessa region. At the moment, the parties are waiting for the signing […]

The company plans to raise $ 2.1 billion of investments in a new round of funding. All the necessary documents have been drawn up and passed in Delaware. The world’s largest taxi service Uber, which head office is based in San Francisco, plans to spend the funds on its expansion, service development in Asia and […]

Naftogaz expects a net profit of 2.4 billion a year

In 2021, NJSC Naftogaz of Ukraine expects to receive UAH 121,808 million in net sales revenue. This is stated in the explanatory note to the draft order of the Cabinet of Ministers on the approval of the financial plan of the NJSC. According to the document, the net profit is planned at 2,435 million hryvnias. […]