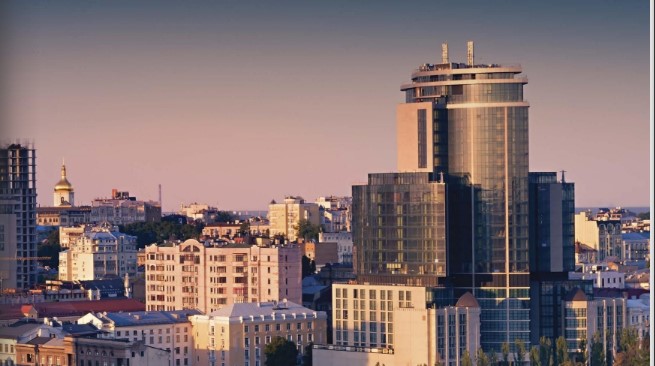 Today the commercial real estate market is experiencing not its best times. Expectations of both demand and supply growth, and, indirectly, the expectation of economic growth in general are the overall trends of recent years.

In response, in 2016 the slow stabilization process on the commercial real estate and retail markets had begun. Rents and the client demand were rising gradually. Opening of a
number of properties scheduled for 2016 was being left over for further periods as it was typical for recent years.

In the past year tendency of developer’s struggle for tenants continued. Developers looked for new ideas and summarized the most progressive international experiences. Innovative solutions were implemented to reduce the amount of unoccupied commercial areas. Apart from traditionally attractive Kyiv, territories of Lviv, the Lviv region, and Odesa had been rapidly joining to the areas of the highest investors’ interest. The same concerned the tendency of business concentration in these regions.

It is expected that the year 2017 brings the trend for the reorientation of Shopping and Entertainment Centers from wide-ranging to specialized ones. The concept of multi-brand malls, where many brands are combined in one space, as it is traditional, for instance, to the British malls, gets wider. Co-working spaces and “green” solutions for malls maintenance are the other progressive trends. Technologies for unrenewable resources saving and maintenance costs reduction are being implemented.

In 2016 in Kiev a few large objects of commercial real estate were put into operation, including Entertainment center «New Way» (17 000 square meters), Shopping center «Ornament» (4700 square meters) Shopping center «Lavina Mall», and renovated City’s Central Department Store. These projects had been started several years ago. At least another two to five objects are scheduled to be open in 2017. In addition, during the year there were several commercial real estate purchases, what proofed the investors’ interest in this market. As for tenants, from the second half of 2016 the demand has increased. Expansion of both local and foreign retailers has revived.

Rental rates start to rise, but still, these are at a fairly low level. The maximum rental price in high-quality shopping centers in Kyiv at the end of 2016 amounted to $ 780 for square meter per year (excluding VAT and operating expenses).

Hotel real estate market currently has its own trends. According to the report of the consulting company «Ernst & Young» in Ukraine the Kyiv total room capacity was more than 10,000 rooms in 98 hotels. Room capacity index remains rather low, especially as compared to the markets of Central and Eastern Europe. Replenishment of the room capacity by mostly high-priced hotels has
also become a trend of recent years. Almost a half of the total room capacity is represented by mid-range hotels, although these are of a rather high amortisation degree. If earlier the international operators showed their interest in the Ukrainian hotel market, then today only 20 % of Kyiv total room capacity are the world brand hotels. According to Travel & Tourism Council, in 2013 the total inbound tourist flow was 20 million, and in 2014-2015 it reduced by 50 % and 15 % respectively. At the end of 2016, the average occupancy of hotels of a high-level segment was roundly 40 %. The average room price was at $ 170 per day.

However, experts predict that Ukraine can expect a gradual recovery of interest parallel to the recovery in business activity on the part of foreign guests and Eurovision Song Contest taking place in Kiev in 2017.

To return the lost

According to Colliers International in 2013 Kyiv took second place among the capitals of Eastern Europe in terms of areas in development for shopping malls construction. In 2012 about 100 thousand square meters of shopping facilities were put into operation, and the supply side of quality retail space in Kyiv has reached 800 thousand square meters. Total supply amount compared to 2011 increased by 14 %. An unprecedented expected amount of new objects was claimed to be commissioned in 2013-2015. According to the State Statistics Service, the actual income of the population and retail turnover by the time increased by 13.5 % and 15.9 % respectively. Many new brands emerged on the market. At the end of 2012, the highest rents in the most efficient shopping centers in Kyiv amounted to $ 110 per square meter per month, and those on the main shopping streets of Kyiv reached $ 250. Developers also showed a high interest in projects both in the capital city and in the regions.

The deficit of high-quality supply amidst a stable demand until 2012 allowed hoteliers to charge higher prices for accommodation in comparison with developed markets. At the same time, the average occupancy was 60-70 %. In 2012 a large number of hotels was put into operation. In the Ukrainian capital, the total room capacity of 5* and 4* hotels increased by 27 % and 50 % respectively. In the upper price segment, the average room price was about $256.

The legal aspect of the commercial real estate regulation is characterised by its regulatory diversity.

Expert’s expectations for the development of commercial real estate get better proportionally to overall economic performance improvement. Market gradually recovers from the crisis. Retail turnover slowly but still increases. At least it wins back its pre-crisis positions. There are opinions that 2017 will be a turning point in the real estate market. Strong demand is expected in the market of high-quality objects. Like 2016, 2017 will clearly be a tenant’s year. Property owners will continue to make concessions to tenants, fix rents in the national currency, and peg rent to the turnover percentage. Generally, it is expected that rents will remain at the same or at almost identical level.