An interview with Anatoliy Miroshnichenko, the lawyer, about respect for the land, the Constitution, the necessity of changes in Ukraine and an opportunity to influence it.

Pedagogical restraint through the lens of which lines of the typical lawyer, decent Ukrainian and then also deep absorption in a favourite legal subject are viewed.There is a resistant smack of confidence after the talk: judicial reform in Ukraine is painful but necessary like  a surgical interference and the land moratorium. It is worth to repeal right now. It causes a huge respect  to the interlocutor at first and then  to the country which brings up such people.

LDaily: Anatoliy, how does judicial reform take place  in Ukraine?

A. Miroshnichenko: I hope very much that judicial reform will have that effect for which society hopes. At least there are all prerequisites for this purpose but it is necessary to understand that hurry  won’t be the positive effect. Ukraine will have the difficult and painful period.For a while, I assume that  the situation will even worsen due to the lack of judicial shots and the complicated access to justice. However, as it always happens, after a difficult period there is an assails  improvement.

LDaily: How longer have  it carried on, according to your broadcast?

A. Miroshnichenko: Deterioration will be rather long. Perhaps,   shortage of shots will be felt one and a half or two years. That is the shortage of judges with all negative consequences for those who look for justice.

LDaily: What does it mean when speaking about a lack of a personnel?

A. Miroshnichenko: Now in Ukraine about 8000 judges work. For short time after acceptance of the Constitution of Ukraine changes,  several hundreds of judges were released (generally retired)regarding justice. It has been already possible to find courts in which there is no judge left, who can perform justice.

By the way, even without large-scale dismissals of judges in recent months, first of all,  the  judge load, of the first instance, was enormous. There were cases when the judge within a year has solved more than 900 civil cases (and its loading wasn’t exhausted by it). Believe me, it is physically very heavy loading.  I declare with all responsibility that it is simply impossible to perform justice in such conditions. When judges become less, the majority of cases is distributed among the smaller number of judges and loading increases even more. What is a quality in a speech? Of course, it has negatively affect terms and quality.

LDaily:  Is it  possible to justify a justice deterioration?

A. Miroshnichenko: One judicial reform authors have accepted such allegory: we try to repair the ship on the run. This is a very exact comparison. To repair the ship on the run is a very difficult task. However, the ship, in general, will drown without repair.
I want to emphasise that reform which was directed to updating of a judicial personnel is correct. The judges who had released consciously used the constitutional right. The reform only pushed this tendency. Now it is possible to say that process could be made more gradual and, as a result, less painful. But here I want to tell the following: “It is good to have mind backdating”. Personally, I can’t reproach creators of reform with any short-sightedness. Perhaps, something could be made better. An accurate vision how to make it correctly is very important. It is almost impossible.

LDaily: If you personally had an opportunity to rewrite judicial reform what  would  you leave and what would be changed?

A. Miroshnichenko: A devil in trifles, like they say. Some technical issues have remained unresolved. The judicial case remains a key problem. For example, for the time being, dismissal of judges from positions in resignation has been slowed down. Problems in law enforcement could be avoided, having written out transitional provisions more unambiguously. However, it is obvious when updates were thought and nobody could even predict the emergence of a similar problem. Projects were promulgated and actively discussed. If we have understood that such problem would arise, we would have an opportunity to formulate the offers to the bill. There had not seemed to me and colleagues before that such problem could arise. I believed that those provisions which had been stated shall be interpreted unambiguously. It has turned out not absolutely in such a way.

So, if to generalise everything which I have told, I assess judicial reform personally positively. Though I recognise that the difficult and painful period is simply inevitable.

We just in that situation when the ship has to be repaired on the run, somewhere it is even necessary to remove sails that to repair it

I once again emphasise what in reforming is staked on replacement of shots, and it has to take place on the basis of transparent competitions.  I hope very much that really transparent and fair competitions  will be not just professional lawyers after which to work there,  those who correspond to a concept of a good and honest will be held. This will really exert a huge impact on the judicial system.

LDaily: What will be an order of involvement of judges to a disciplinary responsibility?

A. Miroshnichenko: The accurate procedure of judges involvement to judges disciplinary responsibility hasn’t been registered yet. It doesn’t mean that the minor offences which have been made now or earlier by judges  remain unpunished. Now is  a certain transition period, when the law on the Supreme council of justice hasn’t adopted yet. Therefore I want to tell that there is a delay with the procedure of disciplinary production.The basis of involvement of judges to disciplinary responsibility are outlined by the law and  they will significantly change hardly.

LDaily: How does the judge involvement procedure change to a criminal liability according to judicial reform?

A. Miroshnichenko: According to new reform, the judge involvement order becomes simpler to criminal liability considerably. There already has been an example when the measure of restraint was chosen,concerning one judge. However, it wasn’t connected with his capture into custody. This case has just been confirmed the feasibility of amendments introduction   to the Constitution.

LDaily: Anatoliy, you are a specialist in the land right. Could you tell about the relation to the land moratorium?

A. Miroshnichenko: From all points of view,the moratorium is very bad. I want to give the answer to your predicted question “why” on an example. There is a statistics that most of the owners of land shares are elderly people. There is one more statistics about the average size of a land share  is 4 hectares. What is the owner, for example, the grandmother, can make from 4 hectares? May it process this share? Of course, no. May she sell it? — No too. So, what we have? We have the narrowed circle of opportunities when the owner has no place to get to. On the other hand, there are potential lessees. What will happen under such circumstances to a rental rate? Of course, it will fall. And now it so low that it is even difficult to pick up an adjective that adequately to characterise it. So, the moratorium “takes out” every day at owners of shares money from a pocket. It, in my opinion, is not only immorally but also is illegal. Though restrictions on the rights of peasants are performed by law but illegally. I am sure that it contradicts also the Constitution of Ukraine and the Convention on human rights protection, fundamental freedoms.

Proceeding from statistical data on the mortality rate, I tried to consider how many owners of shares died, without having waited for an opportunity to dispose of the land.  In the case of the most conservative calculation  I had awful figures : such people more than 1 million. Their considerable part died in poverty, without having money for a worthy old age and treatment. Can these people justify a prohibition to dispose of the property? I think, a question is rhetorical

When supporters of the moratorium acquit him with the fact that peasants are  owners of shares, I’m sorry, will spend on drinking it,the discussion comes to an end, as for the lawyer. In the European country, as if we  there go, there are no second-class citizens.If our politicians want to announce 7000000 peasants , we will leave and  will tell aloud about it.

Cancellation of the moratorium will open a cheap mortgage lending for small farmers. Such structure rather small farms is the most attractive to society

Considering the above, I believe that the moratorium is not just immoral and illegal,it is a suicide for the Ukrainian economy.

LDaily: If you personally had an opportunity to rewrite judicial reform what you would leave or change?

The moratorium has also another aspect. It is clear, that lessees benefit from such low rent (actually, being enriched at the expense of peasants  is owners) but there is also the following question:

How lessees use others land?Everybody knows that investment is unavailable to the lessee. He  never put on this land so much as the owner because it isn’t his property.  So,the efficiency of the land use will decrease steadily.

For this reason, the colza, sunflower and other cultures are exhausting the soil grow in Ukraine on huge squares. For this reason,  forest belts and meliorative systems are in large quantities destroyed in Ukraine.

I want to comment on one more argument for benefit of the moratorium. It  is about receipt of foreigners who allegedly will buy all Ukrainian land. I assure you that all who wanted to come, already have come  and lease the land without any limit. The big agricultural  holding can lease big massifs of the land because the small farmer owners of shares haven’t had the alternatives. It is much more difficult to buy up the big massif from rags on 4 hectares. We will tell directly:it is almost unreal. The cancellation of the moratorium will allow beginning to create the steady small, but viable farms founded on a private property.

LDaily: Would you go to live and work abroad, having received the advantageous offer?

A. Miroshnichenko: I am fluent in English, German at basic level.   I have many friends among colleagues abroad. I had real opportunities to go abroad both for study and for work. However, I didn’t use them. I won’t intend to do it in the future. In my opinion, Ukraine now, except that, is my homeland, one of the most interesting places in the world. It is recognised, by the way, also by my foreign friends.

Our country is a place, where the history is made. There is an opportunity to make something useful in these conditions. A life is  much more full, stable and quiet in the “developed” countries.It is possible to try to make something unusual, big and light in our country. At least, there is a strong wish to believe that we can affect something now. 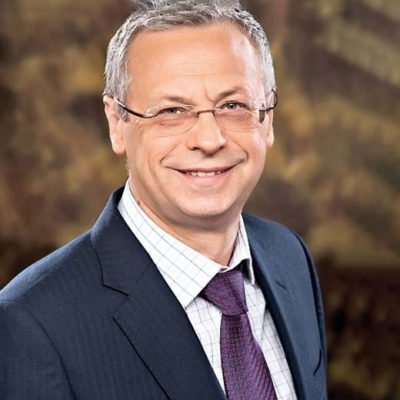 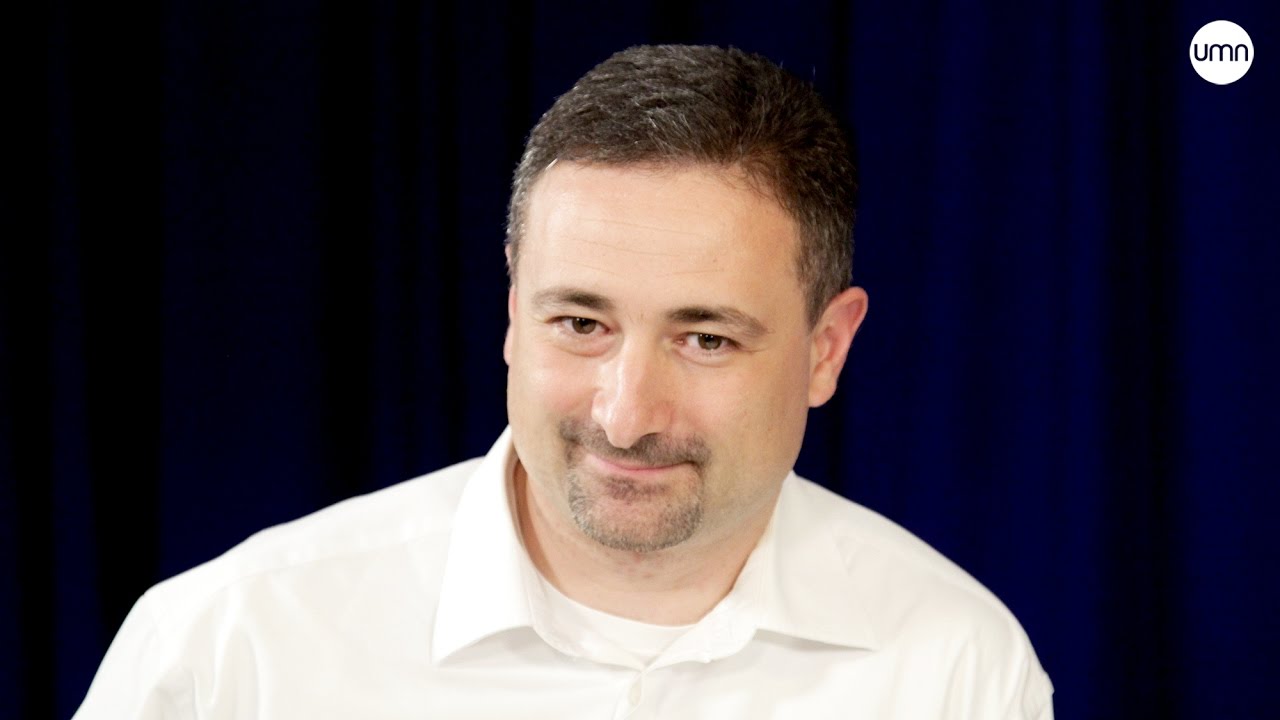 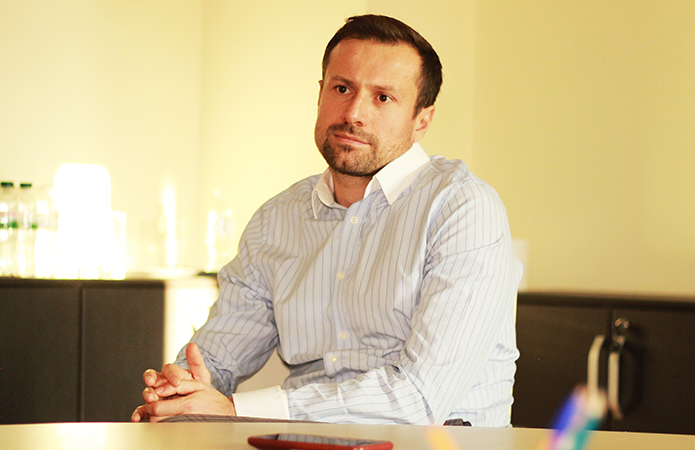 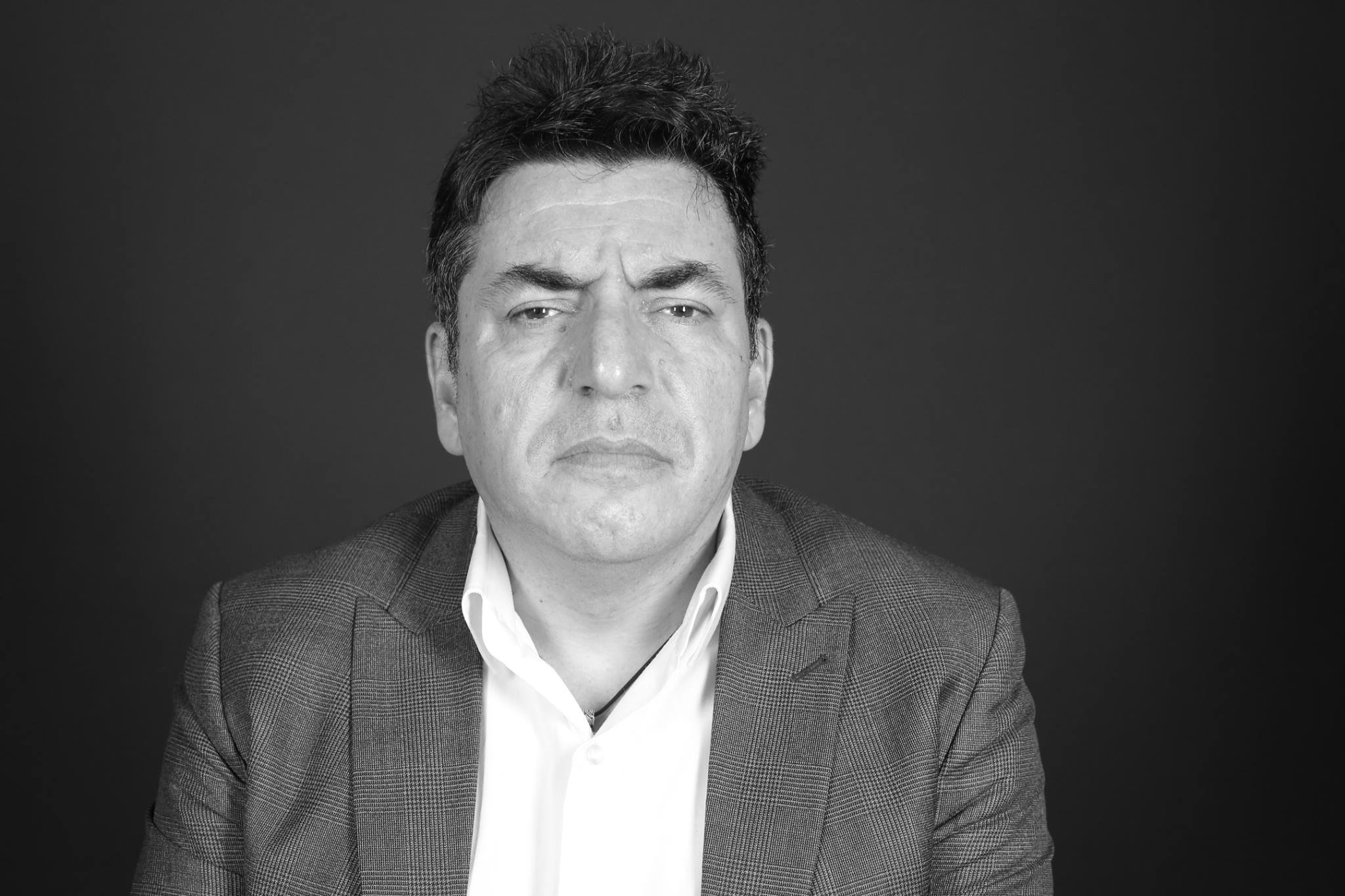 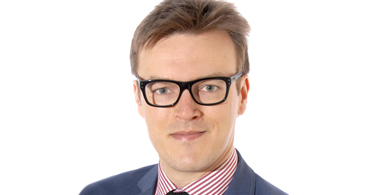