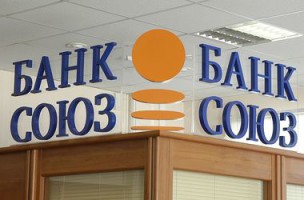 The liquidation of the bank will be held under the compact procedure due to violations in the sphere of financial monitoring legislation, –  noted in the NBU.

“The Bank for the past two years, repeatedly prosecuted for violation of financial monitoring in the sphere of legislation, and at the same time it interfered with the audit in March 2016”, – explained in the National Bank.

Besides, according to the State Fiscal Service of Ukraine, the conclusions of the National Bank with respective  to the identified financial transactions of bank customers (according to the results of the previous inspection carried out in 2015) have been attached to the materials of the criminal proceedings (on the grounds of criminal offenses stipulated by the fifth part of Article 191, second part of article 205 and the third part of article 209 of the Criminal Code of Ukraine). The liquidation of the bank will have no impact on the stability of the financial market.

As of February  1, 2016 the bank had fewer than 300 retail depositors, deposits of which are reimbursed by the Individual Deposit Guarantee Fund, – said the NBU.

It will be recalled, that according to the head of the NBU Valeria Gontareva, the regulator had previously removed 62 banks from the  market, sending them to the Individual Deposit Guarantee Fund.

“We have almost completed the cleaning, but this does not exclude that small banks will continue to close”. – Gontareva said.

To get the next tranche of credit from its main creditor – the IMF, Ukraine should solve the issue of adopting a law which provides the demonopolization of the alcohol industry. This information was published by the head of the Ministry of Agrarian Policy of Ukraine Taras Kutovyi on his Facebook profile. The adoption of […]

The German Federal Office of Shipping and Hydrography has allowed the laying of the Nord Stream-2 gas pipeline on a 2-kilometer stretch in the German exclusive economic zone. This is stated in a statement by the regulator on Monday, May 17. The decision concerns works with the help of vessels with an anchor positioning system. […]