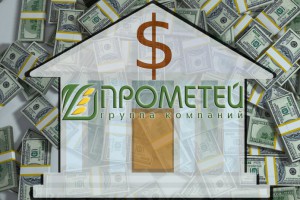 Since July 2015 a group of companies “Prometheus” reinvested 40% of the profits in the upgrade of material and technical base, according to a company press release.

Mainly investments were aimed at expanding the network of elevator capacities, upgrade of grain storage, modernization of equipment and improvement of the quality of processes, replenishment of the car fleet.

At the beginning of 2015/2016 MY the “Prometheus” granaries family was supplemented by two elevators in the Kazankovskiy district of Mykolayiv region, so their total number increased to 8. Next, the flow of investments was aimed at technical re-equipment of warehouses and reconstruction work at the facilities.

Thus, in Elevator in Nikolaev and elevator in Dolinsk, Kirovograd region, were installed truck scales with the capacity up to 80 tons.

On the territory of Nikolaev, Novopoltavskyi and  Lotskinskyi elevators was done the laying concrete slabs for easy entrance and movement of heavy trucks. Also, significant investments have been made to update the warehouse roof on Voznesensky, Dolinsk and Nicholaev branches.

By the end of 2015 at the elevator of  Shevchenkovo ??Novobugsky district of Mykolayiv region was finished the equipment of the second point of grain receiving, and at Dolinsk elevator – the repair of norijnye tower. At the elevators in Dolinskaya and village Grebinky, Kiev region were established new lifts for long heavy trucks.

Also during this period the company has reinvested approximately 16 million USAH in the logistic activity of the group – the completion of grain car fleet.

In early 2016, as planned, will be completed the purchase of 3 elevators in the three regions of Ukraine. Thus, the number of elevators of the “Prometheus” will grow up to 12, with a total capacity of simultaneous storage of 600 thousand tonnes.

The “Prometheus” group of companies is one of the largest commercial and industrial associations in the south of Ukraine. It consists of “Prometheus” – Grain Trading Company “, LLC, “Prometheus – Elevator”, LLC, “Production Company “Prometheus”, LLC.

The net profit of the German automaker Bayerische Motoren Werke AG (BMW) for January-September 2020 decreased almost 1.7 times year on year and amounted to 2.11 billion euros. Adjusted earnings per share were € 3.2 against € 5.37 a year earlier. Annual revenue decreased by 7.1% to last year’s level – to 69.508 billion euros. […]

Megafon Company entered into a deal with Mail.ru

Russian operator MegaFon made a deal with Mail.ru shareholders to acquire a controlling stake shares of the corporation. According to official information, the purchase of securities was effected by signing the agreements with companies such as New Media and Technology Investment LP, New Media Technologies Capital Partners Limited and Ardoe Finance Limited, who are the […]

Naftogaz agreed with the Poles on the development of subsoil

Naftogaz of Ukraine signed a memorandum with the Polish PGNiG on joint development of fields in the western regions of Ukraine. This was reported by the press service of the NAC on Tuesday, March 30. Naftogaz CEO Otto Waterlander said the company had acquired strategic assets “that enable it to confidently declare the greatest hydrocarbon […]

Ukroboroonprom put up for sale 17 companies

The state concern Ukroboronprom transferred 15 state-owned enterprises and corporate rights to two joint-stock companies to the State Property Fund. They have lost their significance for the country’s defense capabilities, according to the concern’s press service. “Ukroboronprom’s enterprises, which were included in the list for alienation, de facto lost contact with the defense-industrial complex for […]

Ukraine has canceled the registration of foreign investments

President of Ukraine Petr Poroshenko has signed the law on the abolition of compulsory registration of  foreign investments, which took the Verkhovna Rada of Ukraine on 31 May. This report announced on the website of the President of Ukraine. The law abolishes certain articles of the statutes of the Economic Code of Ukraine and the […]