Главная › News › Pfizer has merged with Allergan to avoid the “non-competitive tax rates.” 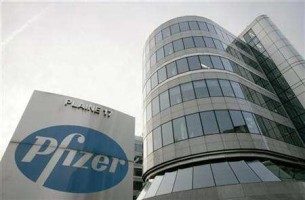 A few days ago between two companies was signed an agreement for $ 150 billion. It was the merger of two large companies – manufacturer of drugs and vaccines Pfizer and Allergan, which producing cosmetics and botox.

The deal was struck not only to consolidate or improve its production system. The main reason for the merger is that Pfizer will receive tax benefits. By transferring their tax center on the base of Allergan in Ireland (the so-called tax inversion), Pfizer will reduce the tax rate to 17% or 18% from its approximately 25% of the rate at the moment, because corporate taxes in Ireland is lower than in the United States.

Because of unfavorable for the company tax rate, Pfizer executives thinking about how to split the company for many years, but worried that being too small it will not stand in the business world. Now Pfizer together with Allergan will become the world’s largest company for the production of medicines with the number of employees more than 110,000.

This Monday, the heads of both companies expressed their assumptions about the fact that in 2018 the combined company may be divided. Perhaps this is due to the rapid fall in the shares of both companies. Shares of Pfizer fell for 2.7%, while the company Allergan lost 3.4% on Monday.

However, a joint business is now focused on the fact that the company will be engaged in new drugs, such as, for example, drugs against breast cancer, as well as the production of Botox.

As for the joint future, of the two large companies , the executive director of Pfizer Ian Reid said that the success of the merger he estimates 50 to 50. Apparently executives fear that the US government may in the future respond to such “inversion” of the transaction. However, significant changes in this regard in the corporate tax code of the United States have not been yet made.

As “Liga.net” reports, ATB will have finished the transaction on purchase of large West Ukrainian Barvinok retail network until the end of the year. ATB,the largest food retailer buys the Barvinok West Ukrainian network.The network has already changed the owner in 2015. Then Eurotek purchased it. The investment banker who wished to remain unnamed reported:”ATB […]