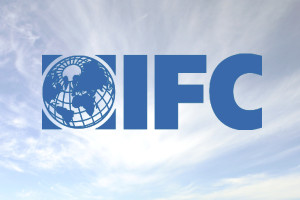 The head of the representation of the IFC said that the company annually invests approximately $ 200-300 million in the Ukrainian agriculture. This year the amount will remain the same.

The head of the representation noted that the IFC focused on export and import operations, as well as on the development of new products financing in hryvnias. Also the work with the Raiffeisen and Bayer was expanded.

“Land-owning classes are not satisfied, neither with small amounts of funding, nor with the change of tax regime”, – she added.

The  International Finance Corporation is  a financial institution, the part of the World Bank. Its headquarters is located in Washington (USA).

It was founded in 1956 to ensure a stable flow of the private investment in the developing countries.

The IFC coordinates its activities with other organizations that are the part of the World Bank Group, but is legally and financially independent organization.

Ukrainian-Polish startup Homsters raised $ 600,000 on the bridge round and launched in Vietnam

The Homsters Company, which was founded by  Ukrainian and Polish, and is better known in our country as Prof.Estate, raised $ 600,000 from private investors for the launch of the company in Vientam under the  brand TimHome.vn. Homsters unites three projects: two marketplaces  on real estate (Homsters.kz Timhome.vn in Kazakhstan and TimHome.vn. in Vietnam) and […]