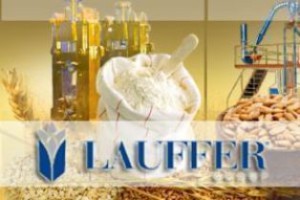 Lauffer Group plans to increase investment in its bakeries in Kharkiv to 10 million UAH, – writes the press service of the company.

According to the head of the business Lauffer Group in Kharkov, Bogdan Alexandrov, in 2015 the company invested in Kharkiv bakeries 4 million UAH.

“Re-equipment of the production was carried out in two directions: energy-saving technologies and improving product quality. Despite the significant cost of modernization, arguments in favor of the adoption of decisions were indisputable. In particular, the gas savings amounted about 11% compared to 2014 “, – he said.

It is also noted, that one of the largest bakeries in Kharkiv – “Saltovsky”, which is included in Lauffer Group, in 2015 produced 43 thous. tons of bakery products.

“In 2015, we could save volumes of production and share on the market. Today we produce about 40% of the grain in Kharkiv, “- said Bogdan Alexandrov.

The company stressed that “Saltovsky” and “Slobozhanskiy” Bakeries Group produce daily on the average 120 tons of bread and bakery products.  More than 15% of bread produced by enterprises constitutes a massive variety.

Reference. Lauffer Group is one of the largest Ukrainian business groups in the area of ??agro-processing and food production. Among the key areas of activity: bakery and milling direction, production of pasta, production of oil and fat products and mayonnaise, canning production. It has been working in Ukraine for 14 years and includes about 100 enterprises specializing in the production of flour, bakery products, fat, canned food, etc. Lauffer Group combines companies “Golden Harvest” and “Harvest.”

Denmark will stop oil and gas production in the North Sea

The Danish government will stop issuing new licenses for the development of oil and gas fields in the North Sea. The country will completely stop hydrocarbon production by 2050, according to Bloomberg. The Danish government reached an agreement with parliament late Thursday night to abandon a previously scheduled eighth round of licensing, as well as […]

Chevron has completed the purchase of the Noble Energy

Oil and gas company Chevron has closed the deal to buy the US Noble Energy for $ 5 billion, follows from the Chevron message. “Chevron announced today that the acquisition of Noble Energy has been completed following the approval of the agreement by the Noble Energy shareholders,” the company said. Earlier on Monday, Noble Energy […]

The agreement between two chemical corporations will make a company with a market value of $ 120 million. According to information of WSJ, two companies began to discuss  the merger in November 2015. Now representatives of the enterprises carry out the last part of the negotiations between the leaders. When companies announced about agreement between […]

In July-September 2020, Ukrainian banks closed 251of the structural subdivisions, reducing the regional network to 7329 branches by October 1. This is stated in the data of the National Bank. Most branches in the third quarter were closed by the state Oschadbank – 166, reducing its total number to 1931. During the same period, the […]