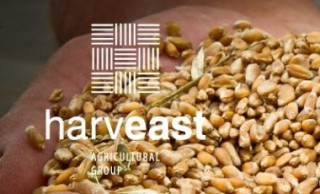 During 5 years of its activity the HarvEast company invested 500 million UAH in the improving  of soil quality (21 thous UAH was invested in each share). This was stated by  the general director of the  company,Dmitry Skornyakov, reports “SCM”.

In addition, the company has invested 500 million UAH (20% of all investments in the Donetsk region) in the technology and production, 63 million UAH – in social projects and has paid 650 million UAH of taxes (6.5 annual budgets Volodarsky District).

“In the recent  5 years we modernized the production, bought new equipment, agricultural equipment, built a modern plant seed. We have successfully implemented the “biggest” part of the planned 5 years ago”, – said the company’s CEO.

He says that those areas that the company has chosen 5 years ago, crop and dairy farming, have proven their effectiveness.

“Another source of pride for us is the fact that by the decision of the Ministry of Agrarian Policy at once  4 harvest farm received the status of breeding farms. In addition, in the second half of last year, milk, produced in our farms, was considered a product of extra class, in accordance with the highest requirements of the French company Lactalis”, – said Dmitry Skornyakov.

Ukrposhta has shared its plans for 2017

In the new year Ukrposhta will invest in its development up to 500 million UAH. It is reported by the press service of the national postal operator, referring to the words of the CEO – Ihor Smilianskyi. According to the original source, in the new year the investment plan is going to be increased in […]