Главная › News › Global tax on the activities of digital corporations

One hundred thirty countries have joined the large-scale reform, which includes a global tax on digital corporations and will reduce the opportunities for international companies to evade taxation. Taxing large corporations with a 15 percent tax can bring states $ 150 billion annually.

The most important tax agreement in a century

One hundred thirty countries, which account for 90 percent of the world economy, have agreed that the global minimum tax rate for large corporations will be “at least 15 percent.” The Organization for Economic Co-operation and Development (OECD) announced this on 2 July.

The idea is that, first, corporations pay taxes in the same country where they made a profit. Secondly, in order to avoid the emergence of “tax havens”, a minimum mandatory threshold for all countries is introduced.

Work on the project has been going on for several years; in today’s conditions, it is called a timely opportunity to provide the state budget with additional revenues for economic recovery after the corona crisis. The total amount of new revenue is estimated at $ 150 billion annually.

“This is an ambitious and innovative global agreement. It is the most important tax agreement of the century,” said Bruno le Mer, France’s finance minister.

German Finance Minister Olaf Scholz said, “Colossal progress has been made in the field of international corporate taxation.”

“Perhaps in the area of ​​fair taxation in the world, this is the biggest breakthrough in the last ten or twenty years,” he said during a visit to Washington. According to the German minister, the time of the race between different countries on the issue of providing the lowest tax has passed.

The idea of ​​introducing a single minimum tax on multinational corporations came from the United States. The government is not happy that companies register in low-tax jurisdictions such as Ireland and the British Virgin Islands to pay much less.

As a result, all states had to compete for corporations to pay taxes to them, and as a result, lower rates. A minimum rate of 15 percent should put an end to this – most developed and developing countries have agreed.

US President Joe Biden said the agreement would make the global economy “fairer for middle-class workers and families in the United States and around the world.”

In early June, agreements on the introduction of a digital tax were reached by the G7 countries after years of discussion. At the time, British Finance Minister Rishi Sunak called the deal historic and revolutionary.

The next step is the G20 summit in Venice on July 10, where the agreement is expected to be adopted. The tax agreement will enter into force in 2023.

However, many countries have decided not to wait for the end of many years of discussion and have introduced a digital tax themselves. It already operates in France, Spain, Italy, Great Britain, Austria, Hungary, and Turkey. The rate averages two to 7.5 percent of the revenue from digital services generated by users in each country.

On June 28, President of Ukraine Volodymyr Zelensky signed a law according to which foreign global technology giants such as Apple, Google, Microsoft, Netflix and others will pay 20 percent VAT (value added tax) in Ukraine.

Under the new law, foreign companies supplying electronic services to Ukraine will be required to register as VAT payers under a simplified procedure through a special electronic service if the total amount from the relevant transactions exceeds one million hryvnias per year.

At the same time, experts note that the big rich countries, whose citizens consume a lot of electronic services, the money from which used to accumulate in low-tax jurisdictions, will benefit the most from the tax revolution.

International financial company Fairfax Financial Holdings Limited (Toronto headquarters, Canada) purchased 9.99% of shares of agricultural Ukrainian holding Astarta, which is the flagship of the domestic sugar market, which also is one of the largest provider of milk in the country. In addition,a new owner of shares acquired the right to purchase the remaining interest […] 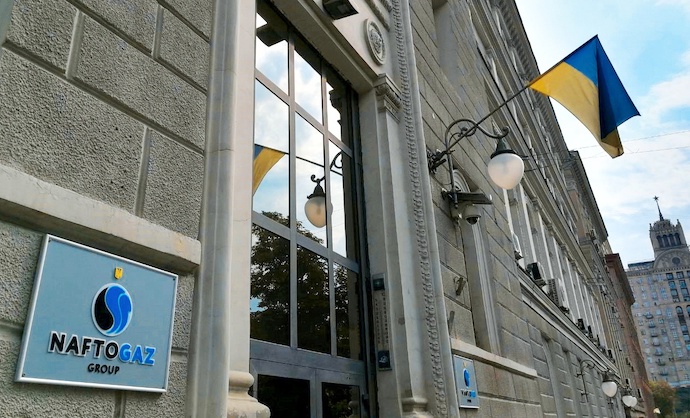