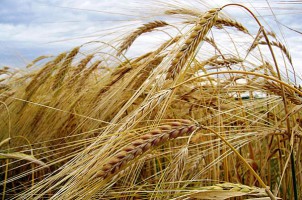 The direction of the Chinese “Anhui Foreign Economic Construction Corporation” expressed interest in the construction of the grain processing plant in the territory of Ukraine, the products of which will be exported to China.

This was said by the vice-president of the “Anhui Foreign Economic Construction Corporation” Zhang Zhonghua at a briefing in the framework of the investment session of the Kyiv Economic Forum “Ukraine-China New Silk Road”, –  reports the “UNIAN”.

“Now between China and Ukraine is developing a corn market, but given the mutual interests it is better to build factories for the processing of grain in the territory Ukraine. If there is a desire, the Chinese company, and not only we are ready to assist”, – said Zhang Zhonghua .

He also noted,  that the implementation of such an idea is profitable from the economic point of view, since Ukraine has a cheap labor force, compared with China, and at the same quality.

The State Fiscal Service of Ukraine imposed a fine on Philip Morris Ukraine. In turn, the tobacco company believes that the claims of the Department of tax and customs audit of the SFS for 4.1 billion. UAH are unfounded. “Now the fine is not yet accrued officially. The verification was completed on May 10 and […]

The GREENSTONE restructured obligations of the Creative

The LetterOne Holding (L1), one of whose shareholder is the billionaire Mikhail Fridman (who was born in Lviv, and who is one of the shareholders of Alfa-Bank Ukraine), invested $ 200 million in Uber  taxi service. This is stated in the message of LetterOne. “I am very pleased with our strategic partnership with Uber. As […]

Ukrzaliznytsia reconsidered the cooperation with the Deutsche Bahn

The current management of the state company Ukrzaliznytsia does not intend to implement the initiative of the previous management to involve representatives of the German company Deutsche Bahn in the management of the Ukrainian railways. This was stated by the head of the board of the UZ Volodymyr Zhmak in the interview with the edition […]