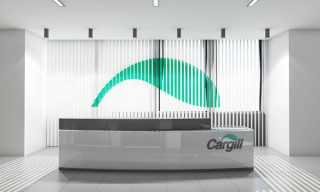 The investment project of the company with US capital Cargill of about $ 90-100 million is blocked. Alexander Kramarenko, the chief editor of the “Money” magazine, told about this in his blog “By what Ukraine scares foreign investors”.

“Delta Bank and Cargill”. Cargill is an agricultural business with a century and a half of history, the global turnover of more than $ 130 billion, operating under American corporate law. In Ukraine it invests in the processing and cultivation of agricultural products, elevators, etc. “Delta Bank” is at one time the fourth in size private bank in Ukraine, which in the autumn of 2015 was sent to eliminate. And, it happened so that Cargill was not only a client of “Delta”, but also its shareholder – 29.39% of the share capital of the bank”, – he explains.

According to him, the company has agreed to a number of “Delta” borrowers on the opposite repayment of obligations – borrowers pay the company, and the company takes off claims against the bank. All this happened before the introduction of an interim administration and within the then acting legislation.

“Now this package of deals worth about $ 100 million trying to challenge. Or rather – trying to force “turn back”: to borrowers, who transferred their debts, should be owed to the bank again, and Cargill remains innocent, but with losses”, – he explains.

According to experts, the main loss can be considered a failure of the construction of a grain terminal in Illichevsk seaport (Odessa region) – the company “Illichevsk grain port” was one of the “Delta” borrowers. Although the media have repeatedly sounded the idea that Odessa grain terminal project  is a kind of compensation for losses in the Crimea and Donbas, it is not true.

According to him, the consequences are the blocked investment project of the company with US capital Cargill of about 90-100 million dollars, potential foreign investors were sent the signal that the investment climate in Ukraine is unhealthy as the state is unable to protect the interests of investors.

Ukraine is preparing to place eight-year dollar Eurobonds, Interfax-Ukraine reports, citing a source in banking circles. According to the publication, the Ministry of Finance has already opened a book of applications. The benchmark profitability of the issue is 7-7.25%. The organizers of the placement are BNP Paribas, Deutsche Bank, Goldman Sachs International, JP Morgan.