Nationalization of PrivatBank, lawsuits against Apple, and the most interesting           ideas from leading industry executives. Only that is really worth your attention

1. Privat is no longer private 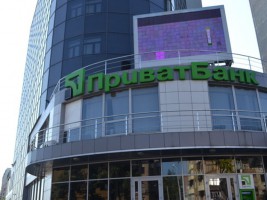 On December 18 at 23:30 p.m. it was  posted the information on the site of the Governmental portal of Ukraine  that on  December 19, 2016, the PJSC Privatbank goes into 100 % ownership of the state. The text of the statement  also reports  that the decision was made at the meeting of the Cabinet of Ministers of Ukraine on Sunday. According to the original source, the nationalization of financial institution is aimed at stabilizing the financial system of Ukraine.

In addition, it is also pointed in the document  that the initiative of the National Bank received the support of representatives of National Security and Defense Council of Ukraine.  It should be noted that the specific reasons for the nationalization of the largest bank in Ukraine are not indicated in the document. On the other hand, the authorities assure  that the transfer of PrivatBank under the  state control will not affect neither the progress of the company nor the customers to dispose freely their bank accounts.

2. Nokia and Apple are suing again 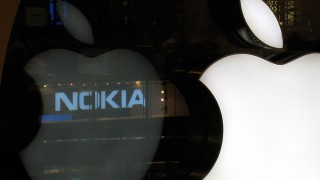 Nokia Corp. has filed a lawsuit against Apple Inc. for infringement of patents on the technology. The American manufacturer was accused again of illegal development’s  use owned by Nokia.

Recall that in 2011, Apple has managed to settle a patent dispute with Nokia, which had been lasting for two years. Company respondent agreed to pay royalties for the use of certain patents Finnish corporation of the iPhone. Then Nokia shareholders received compensation in the amount of 720 million dollars.

3. Lev Partskhaladze: “Business should feel the support of the state” 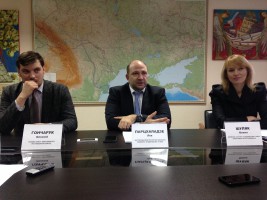 Today, On December, 23 have happened a private press conference with representatives of the Ministry of Regional Development, construction and housing economy of Ukraine. The meeting was attended by: Lev Partskhaladze (Deputy Minister of Regional Development, Construction and Housing), Oleksiy Honcharuk (Head office of effective regulation – BRDO) and Olena Shuliak (Sector Manager ‘Construction’ of the effective regulation office  ).

Within he dialogue with journalists, speakers recited about the prospects of the construction business in Ukraine in  2017 year, the legislative initiatives of the Ministry and other plans, which, in total, should affect the investment climate warming in the country and contribute to the elimination of corruption component in the framework of the real estate market.

4. “The business community of Ukraine has two fundamental problems – the degree of trust and short-term planning” 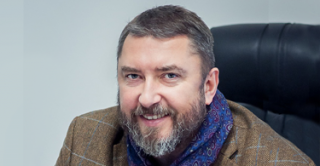 The interview with the Director of the Ukrainian representative of Scandinavian food concern Lantmannen Ihor Chervak about the problems of modern Ukrainian business and hopes for 2017. Calm and orderly, but  although demanding a little, perhaps categorical, but is aimed only at the development, even when makes a mistake. After a conversation with such a  leader, does not leave the thought that this is one of the best companies. Deep analytical thinking of Ihor Chervak, the ability to see, measure and predict the wider and deeper than we are accustomed to see in many Ukrainian leaders. The set of all these features explains Ihor Chervak’s cohesion of the team and the company’s development, which is not slowed down for a minute.

5. Italian bank Monte Paschi is under the threat of nationalization 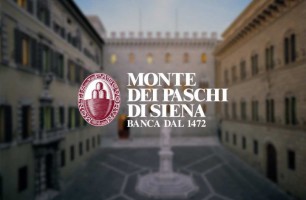 Monte Paschi Italian bank turned up under the threat of nationalization. It was reported by international business publication Bloomberg, referring to its own sources. According to official information, currently a European financial institution needs an additional capitalization for the amount of 5 billion euros. However, currently it is impossible to realize such a task, due to the lack of the necessary level of interest from investors.

The recent scandal with financial fraud and losses of $ 4.5 billion in the Toshiba Company led to the fact that the Japanese giant’s shares collapsed by 43%. Toshiba is the oldest Japanese manufacturers of electronics and  has been on the market for 140 years. All events that occur in the company significantly affect the […]

The IMF submitted a claim to Ukraine

The IMF said that the continuation of Ukraine’s financial support program depends on the independence of NABU, SAP and HACCUkraine. This was stated by the representative of the International Monetary Fund Jerry Rice, on September 10 in Washington. “I can say that the creation of an effective anti-corruption base for Ukraine has been a crucial […]

Adobe demonstrated the best third quarter in its history

Shares of Adobe Systems, which rose to 76% over the past 12 months, increased by 2.8% after the announcement of a strong 3rd quarter, traditionally considered seasonally weak. “Adobe has demonstrated the best third quarter in our history,” said Shantanu Narayen, president and CEO of Adobe. “We are confident that our leadership in digital services […]

The well-known British businessman Richard Branson said at the World Economic Forum, during a private event “Ukrainian lunch” in Davos, that he is ready to invest  in the Ukrainian startups, told Andrei Kolodyuk, the  partner of AVentures Capital, who visited the event. He also said that he talked to Branson and discussed the issue about […]