Главная › News › Barclays was fined for the record $ 72 million sterling 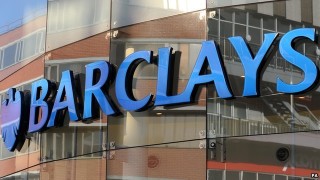 A few days ago was received a blow to the reputation of one of the five largest deposit banks in England – Barclays. The financial institution was fined by regulators for the amount of 72 million pounds for failing in managing, evaluation and controlling financial risks.

According to the supervisory authorities, Barclays made significant mistakes in the transaction for the amount of 1.88 billion pounds with its large clients in 2011-2012.

In the administration of financial control and management of the United Kingdom said  that such actions of the bank are inadmissible, the bank ignored the task, which was to control the financial risks of transactions.

The Bank should have more responsible approach to these agreements, it was necessary to carry out more thorough checks of customers and make an assessment of the transaction,  especially including the fact of PEPs participating in agreements.

The supervisory authorities have demanded from Barclays to return its revenue from the deal.

The Bank has been subjected to a number of fines; it was fined last year for the deals that included the falsification of foreign exchange.

Such a big fine of 73 million pounds (108.9 million dollars) is a record fine that the bank ever paid before.

Barclays plays a significant role in the UK financial system. The Bank was founded in 1896. It has subsidiaries in Scotland, offices in many countries; it is associated with the Bank of Canada, Belgium and other countries.

14 famous international airlines, such as British Airways, Air France-KLM, Qantas Airways, Air Canada, etc.,  were accused of cartel in the area of ??cargo and had to pay a fine of € 790 million. The European court of general jurisdiction, the second most important court in the EU, in its verdict says that the decision, […]

The National Bank spent $ 71 million to support the hryvnia