Главная › Interviews › “Highly unsaturated” – the peculiarity of the commercial real estate market of Ukraine. The prospects for its development are quite large

“Highly unsaturated” – the peculiarity of the commercial real estate market of Ukraine. The prospects for its development are quite large

Daniil Vladov, the CEO of DCH Infrastructure & Real Estate, about the huge potential of the Ukrainian commercial real estate market.

LDaily: Daniil, you are the CEO of DCH Infrastructure & Real Estate, company that operates and influences the business of several significant commercial real estate projects in Ukraine. It is very interesting to know your opinion about role of Management Companies in the modern business environment?

D. Vladov: This term has several meanings, defined even on the legislative level. Shortly, Management companies are created in order to build a strong vertically integrated business. In other words, to effectively control the operations of several companies in one group and work in the same direction.
One of the main assets we operate is a network of Karavan Shopping and Entertainment Centers in Kyiv, Kharkiv and Dnipro (former Dnipropetrovsk). Without one structural unit that defines the strategy for the development and operation of these SEC, the stated goals would have never been achieved. SEC would develop “in different directions”. This approach also applies to the other assets that we operate.
Today, our team combines a number of very strong profile specialists in the management of various types of commercial real estate in Ukraine. The task for each of our specialists – to adapt the best world practices to the needs of our portfolio of real estate objects, while obligatorily taking into account local characteristics – region, city, location, audience. In our case, this form of management has proven to be effective in terms of business development and achievement of high performance.

LDaily: Please, say few words about the history of the Karavan brand. What stood behind the idea of creating a company? How it developped over the years?

D. Vladov: Let’s begin with the fact that DCH company became the owner of the Karavan chain in 2013. By that time brand Karavan already had a strong success story. Interesting to note that the market of professional shopping and entertainment centers in Ukraine began with the opening of the Karavan SEC in Kyiv in 2003 (GLA 44000 sq. m). Almost 15 years ago, Karavan was the first professionally implemented project of the “super-regional” format in Ukraine. Karavan immediately became a very popular place, offering Kiev at that time absolutely new and unique experiences – ice skating rink, cinema and a large foodcourt, as well as, of course, a number of exclusive tenants that had never been before presented on the local market.
In 2006 Karavan SEC opened also in Kharkiv (61000 sq. m), Karavan in Dnipro (64000 sq. m) following in 2008. Yet in 2014, we put into operations the new phase of Dnipro project, thus increasing the leasing area up to 74000 sq. m. The history of each SEC is unique and consists of the openings of new phases as well as changes in the tenant-mix. Any shoppng center goes through a number of periods: development and growth, formation and stabilization, strengthening of positions and leadership.
Brand Karavan went through all these stages first and continues to “set the tone” on the retail real estate market of Ukraine.

LDaily: How was year 2017 for your company? How would you comment the expectations on the market of retail real estate in 2017?

D. Vladov: In 2017 we strengthened our positions and noted the positive dynamics of all the indicators of or chain compared to 2016. The traffic of visitors to all our project increased by 4 % and the turnover figures of our tenants raised up to 20-40 %, depending on the product group. As a result, rental rates in our shopping centers have shown an increase of 15% and the vacancy rate across all three SECs dropped below 1% and reached a historic minimum.
Ukrainian retail real estate market expected a significant increase in competition in 2017. A number of large “regional” format Shopping Centers were announced. Among them Blockbuster Mall (GLA 135,000 sq. m), Retroville (GLA 92000 sq. m), River Mall (GLA 60000 sq. m), 1st phase of Petrivka Retail Park – first object of this format in Ukraine (GLA 12,000 sq. m) and other smaller SEC such as Smart Plaza Polytech (GLA 15,000 sq. m) and Smart Plaza Obolon (GLA 13,000 sq. m). However, all planned launches were postponed to 2018 or later.
From our side, we are getting ready for the arrival of new players on the market: we are constantly improving the communication strategy in terms of event-marketing.

LDaily: Construction industry is often called to be the locomotive of the economy. How did crisis influence the locomotive, is it standing on the siding? Please, comment.

D. Vladov: Political and economical instability, currency volatility and crisis in the financial market, outflow of investments and lack of any available financing significantly reduce the development of construction sector. Due to these factors, activity on the construction market in 2014-15 was minimal.
However, according to the results of 2016 and 2017, paces of the construction works show the YFY improvement of 20 %.
In 2017 the construction of residential buildings has increased by more than 13 %, non-residential — by 27 %, and construction of engineering structures has increased by almost a third — by 28 %. In the monetary equivalent, the total amount of work exceeded 100 billion UAH.

Thus, when getting back to your comparison, quoting that locomotive is standing on the siding — is not quite correct. It’s better to say that under the pressure of external factors it lowered the pace of movement, but now it gains momentum back.

LDaily: Tell us about the features of the Ukrainian modern commercial real estate market.

D. Vladov: The commercial real estate market in Ukraine today has one major characteristic — it remains highly unsaturated qualitywise. And the prospects for the market development are quite large.
Retail real estate is the most developped segment of commercial real estate in Ukraine. Nearly all the
conceptual formats of SECs are already present or will shortly appear on the market (traditional, specialized, retail parks, lifestyle, outlet, etc.) The city with the highest concentration of retail space per 1000 inhabitants is, of course, Kyiv. Despite this, the Kiev Indicator (300 sq. m) is almost twice lower than the one in Budapest (590 sq. m) and three times lower than Warsaw Indicator (about 900 sq. m).
Due to the lack of large-scale openings of the Shopping Centers in 2017, the total stock of high-quality retail property remained at the level of 2016 and amounted to 1 million sq. m, The demand for retail premises increased significantly, which led to decrease in the average vacancy rate from 9,7 % to 6,1 %, and growth of maximum rental rates by almost 3 % in dollar equivalent.
Office real estate market was in a position of situational supply surplus. The total volume of office space in 187 business centers of Kyiv is 1 683 000 sq. m, average level of vacancy for class “A” 18 %, and for class “B” 12 %.
Average rental rate did not change compared to 2016 and was fixed on the level of $ 16-28 (for class А) and $9-17 (for class В). Total volume of new proposal in 2017 amounted to 43000 sq. m. Among the most significant object, put into operations last year are first two phases of Business Center “Astarta”, first phase of the Unit.City Innovation Park and expansion of the Business Park “Protasov”. The market for quality office real estate in the Ukrainian regions has uneven level of development, which is directly linked to predominant concentration of business activity in the capital and cities-millionaires.
Hotel real estate showed signs of recovery but still remains seriously influenced by the low level of business and tourist activity. Starting from 2015, the level of traffic of airport passengers showed a steady increase. Based on the results of 2017, out of total 14,2 mln foreign citizens (+6,7 % compared to 2016) who visited Ukraine, 39000 (0,3 % of total) indicated the tourism as the purpose of visit and 89000 (0,6% of total) — business purpose.
Nevertheless, starting with 2015, the level of passenger traffic of international airport shows stable growth. In 2016 Boryspil and Zhulyany, two major international airports of Ukraine, took a flow of 10 million people. In 2016 Boryspil and Zhulyany, two major international airports of Ukraine, provided the services to 10 million people. In 2017, this figure increased by more than 30 %. This had a reflecton in the figures on the market: the occupancy of hotels went up to 46 %, RevPAR increased by 17 %,
reaching the level of $ 68. The ADR remained at the level of 2016 (about $ 150) due to significant currency fluctuations.
The Ukrainian market of logistics and ware housing real estate in 2017 characterized in a low level of
introduction of new areas, as well as growing demand from tenants. For example, in Kiev, the volume of net absorption of space was 53,000 sq. m, exceeding the volume of input by 3000 sq. m. Thus, the vacancy rate dropped to 5 %, and the maximum lease rate remained stable at $ 54/year.
To summarize: the high-quality unsaturation of the commercial real estate market in Ukraine as well as country potential create a wide field of opportunities for the development of new modern projects in all segments of the real estate.

LDaily: Can you please characterize the investment climate of Ukraine today?

D. Vladov: Regardless the positive dynamics in all macroeconomic indicators of Ukraine, our country still belongs to so called “high risk countries”.
The situation in Ukraine today is based on the fact that the risks are offset by the increased level of profitability of the acquired assets. For example, capitalisation rate on the real estate market in Western Europe is 2-4%, in Eastern Europe — 5-6 %, while in Ukraine this indicator is 2-3 times higher — 10-15%.
The statistics data of Ministry of Finance of Ukraine shows that Foreign Direct investments into economy of Ukraine amounted to 1,85 billion dollars. The forecast for year 2018 is minimum 15 % higher. There was noted a considerable investment activity in 2017 mainly by the local players, such as company Dragon Capital, which received a confirmation from the AMCU for the redemption of the Victoria Gardens SEC in Lviv and 50 % of the company “Kray Property”, bought the “Prime” and “Eurasia” business centers in Kyiv and company Merx, which redeemed “Reneissance” Business Center in Kyiv. It is also necessary to mention European Bank for Reconstruction and Development as one of the main foreign investors, with its annual budget of €900 million.
Our group also remains one of the main investors in Ukraine, and its activity confirms the intention to continue investing in perspective business spheres.
Effective business management by the DCH Group and successful collaboration with investment funds such as Citigroup Inc., Apollo Global Management and Rothschild Investment Corporation confirm the irreproachable business reputation of the shareholder Alexander Jaroslavsky and DCH Group.

LDaily: What do you think are the most crucial obstacles to the flow of investments into Ukraine?

D. Vladov: There are several factors.
• First of all — absence of political and economic stability, consequently — the inability to forecast on the mid- and long-term basis, which is unacceptable for business.
• Second – absence of legislative base, ambiguous interpretation of laws and disrespect for their fulfillment.
• Third – lack of any loan financing, so called “long cheap money”. 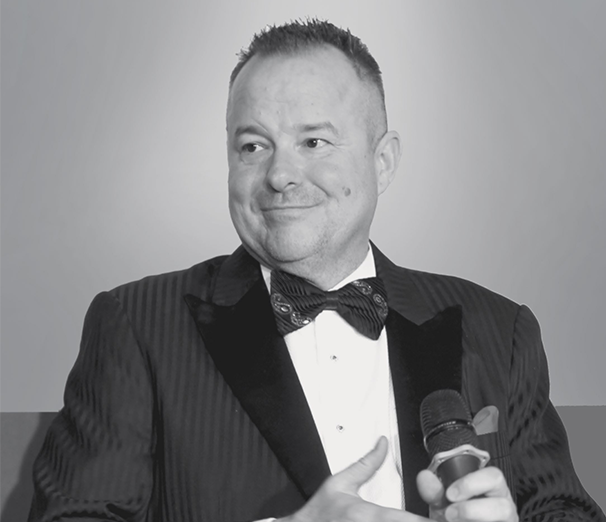 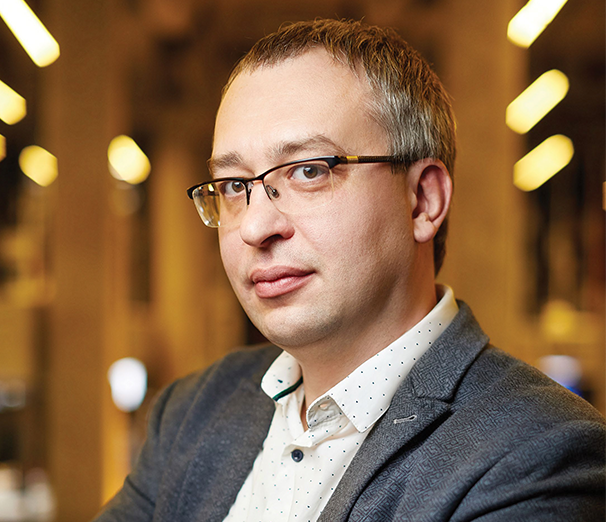 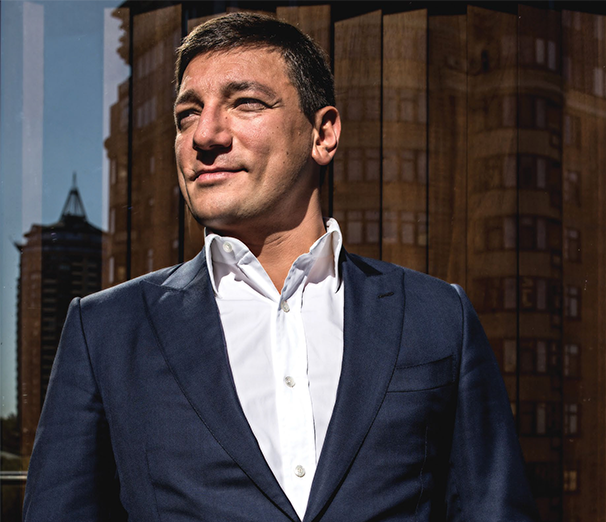 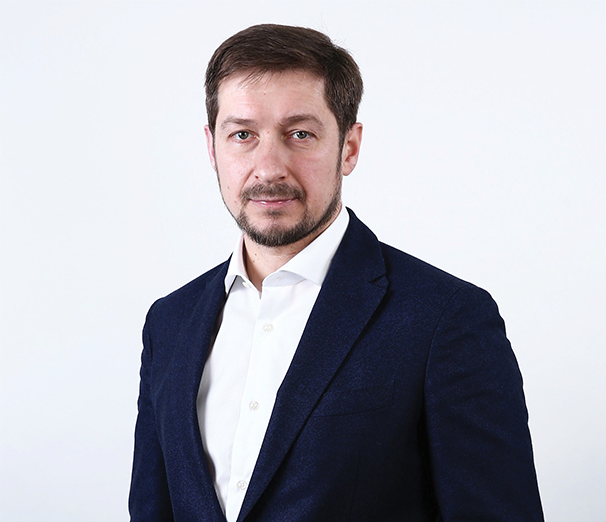 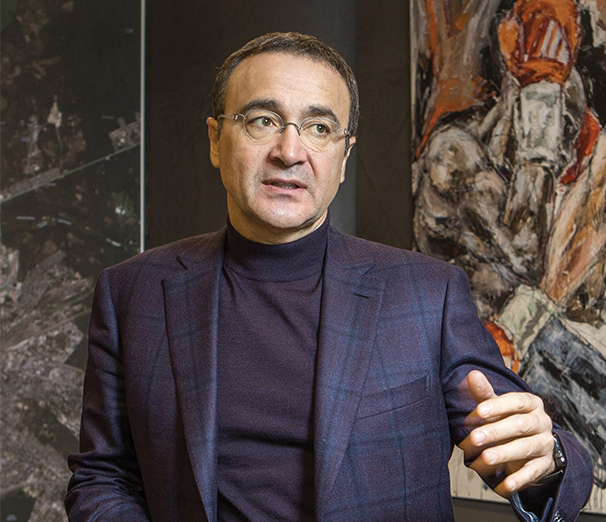 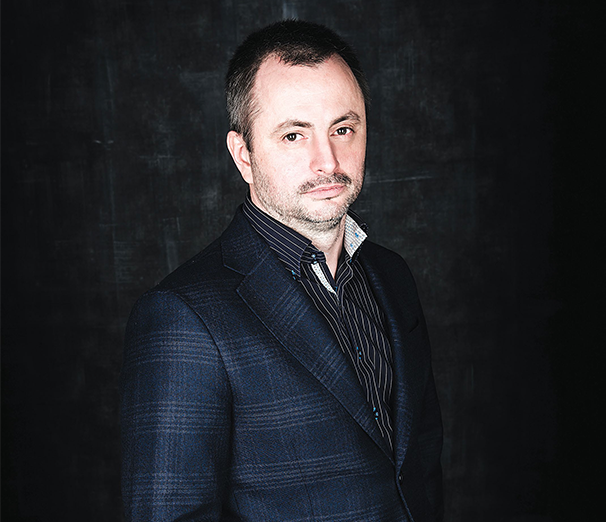 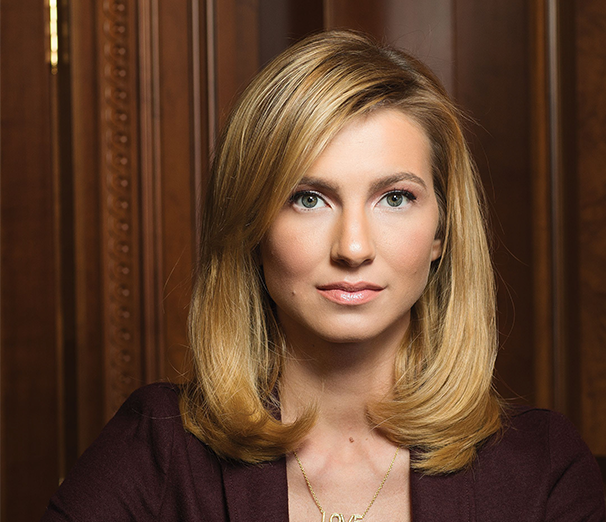