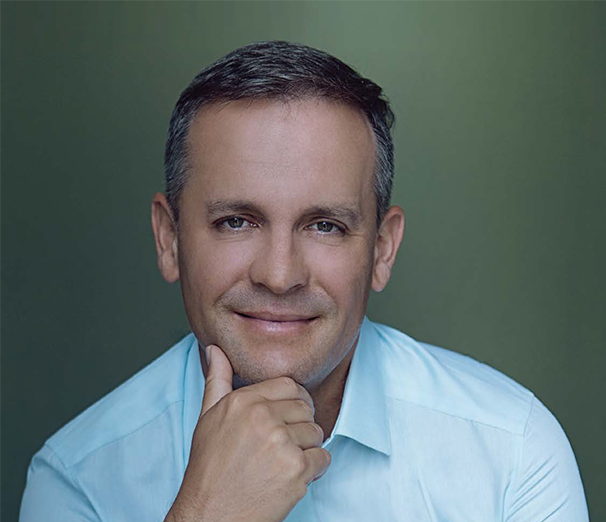 Honest conversation with Mykola Siutkin, founder and CEO of S&P Investment Risk Management Agency about the different worldviews that business creates for itself.

S&P Investment Risk Management Agency is a unique company in Ukraine, which specializes in complex approach to the different problems solving in the business sphere. Working on the market of riskful investments for more than 10 years, we offer support to Ukrainian and international companies in such issues: asset security and minimizing the risks of its losing, anti-raiding, investment risks analysis, anti-crisis consulting, corporate conflicts preventing, and maintaining business cleanliness.

Complaints about business in Ukraine are typical: corruption, non-working legislation, rules of the game that are changing too often, rigid regulatory policy, and the vulnerability of business. According to the opinion of Ukrainian and foreign business representatives, the above said leave no doubt that doing honest business in our country is practically impossible. Mykola, the founder and CEO of S&P Investment Risk Management Agency, refutes this assertion, saying that everything is in our hands and the world we are building around ourselves is a matter of a personal choice.

LDaily: Mykola, business in Ukraine complains a lot about corruption, unfair rules of the game, investment risks, asset-grabbing… How can you do business in such conditions?

M. Siutkin: These complaints are not new for Ukraine, and all that you have listed, Ukrainian businessmen have been complaining for more than 20 years. Today, just like yesterday, business in most cases wants to solve its problems quickly, and this is the main reason for the prosperous corruption in the country. There is a simple scheme — a high demand for quick solutions and corresponding offers.

And now let’s see how the business works. If you draw it graphically, then there will be two pictures of the Ukrainian business world. The first one is the one you described with the usual complaints about corruption and imperfect legislation. And next to it there is another picture of the world, opposite to the first one, and it has current legislation, and no corruption.

LDaily: Why are there two different worlds in the same country? What is the reason of it?

M. Siutkin: It is exclusively a matter of choice. Business itself determines, which system to live in. The majority chooses the corrupt world, which is common to all, where one side continues to give bribes because of its habit, and the other takes them according to the same habit, because they do not even imagine that it may be different. This reaffirms the rule that corruption exists only because of two conditions — the availability of supply and demand.

Many years ago, when the new system of independent Ukraine started to form, the situation was different.The officials were asked for emergency assistance, they were implored to take a bribe. Subsequently, the demand for a quick solution of problems began to increase, the timing had declined, and rates and appetites started to grow. And all this become a commonly used system, which we see now

Of course, new companies are entering the market, but they continue to play according to the same rules that have been formed over the past 20 years. And now such a corruption scheme is so deeply rooted that almost nobody realizes why everything works the same way and how to stop it.

LDaily: Do you want to say that such a model of behavior works at the genetic level?

M. Siutkin: Exactly. The corruption system in Ukraine has rooted so deeply that has not only begun to be transmitted from generation to generation, but has already become a normal behavioral model. And to answer the question “why?” Only a few can. Although the experience of previous generations was based entirely on other circumstances: Ukraine began to become independent, and now we are almost in the European Union, and the realities 20-year-old aged do not relate to nowadays requirements, which are applied to Ukraine by the foreign investors.

To confirm the words about the model of behavior, let me give you an example.

The size of a problem does not really matter. It works no matter we are talking about the roads repair or a business security. A choice of business is important, which chooses the rules of the game and the world to live in. Our experience shows that it is truly possible to make business in accordance with current legislation and to get the most effective and honest result in the shortest period of time.

LDaily: Do you want to say that using the same tools we can build absolutely different pictures of the world?

M. Siutkin: Of course. Even the same toolkit can be used quite differently. The S&P Investment Risk Management Agency’s advantage is that we use the same tools as others, but build an absolute ecosystem which does not look like the usual corrupt world.

LDaily: What do we need to build such an ecosystem?

M. Siutkin: First of all, it is necessary to make a decision to end up the usual way of life, to say goodbye to the socalled comfort zone, and to start the changing process. To maintain business cleanliness, searching for the gabs and trying to minimize them. It has to make a decision to move from the usual all corrupt world to the new ecological system. This is about Ukrainian companies. And to be honest, there are many Ukrainian companies nowadays, which made such a decision and act in accordance with it. And it is a pleasure to realize that the new generation, different view and new system has been created.

Foreign companies, having entered another country, are used to a normal ecosystem and want to build the same world here, in Ukraine, as well.

LDaily: What is the role of S&P Agency in this?

M. Siutkin: S&P helps the first category of companies, Ukrainian ones, to escape from the usual and closed corrupt world. It shows the second category, foreigners, that it is possible to make business and to earn here.

We are like a local instructor for them. In order to survive here, to get satisfaction, swimming across a river called business in Ukraine, the newcomers always need an instructor who will tell about the taps and pitfalls, any unknown river flows as well as about the rules which business has to abide in order to successfully finish the process. And when the newcomer finishes, he gets a reward, a satisfaction and an experience as well. The greatest pleasure for us is to see that our clients continue to develop and to invest in Ukraine.