In autumn 2008, when the companies did not seem to take care about participation in associations, an absolutely new union, unique both regarding a format and essence, appeared at the real estate market of Kyiv. It is the union that, for a decade, has been successfully helping to solve the most topical issues in the industry and to build new business contacts, as well as to promote the market image abroad and to adopt practices of the best projects in the world. We are speaking about the association of Ukrainian real estate market players – Ukrainian Real Estate Club (URE Club).

In 2008 URE Club became the first excellence club for a wide range of professionals in one particular industry: developers of residential and commercial real estate, managing and consulting companies, banks and legal firms operating in the real estate market. Until that time, such clubs had only united with regard to personal hobbies – for example, cigars or golf. Unfortunately, there had not been a club format for business in Ukraine before URE Club was founded which was known in Europe and foreign companies were accustomed to.

The idea was to create a platform for real estate players since all the Club founders had been directly involved in the real estate at that time. At this platform they could hold different events, thematic meetings, articulate important requirements, strategies and tactics of development common for real estate professionals. The real estate market got a voice, “foothold”, which is known to allow moving the earth, if wished.

It became clear very soon that the crisis was not an obstacle but, vice versa, a driver for the companies to get united into an association. Moreover, they understood that a range of issues for the association to solve could be wider.

It includes both efficient communication of the real estate market leaders at the events and the involvement of international experts and, moreover, the establishment of a universal base for foreign companies to enter the market, obtaining of general information about the market operation, a place for prompt (and reliable!) meeting of key local players.

On the other hand, the Club (this course will really get a boost in the future) was a starting point for promoting a positive image of the Ukrainian real estate market abroad, exchanging the experience of professionals from Ukraine with the experts at the markets of Europe, Asia and the USA…

Uniting the companies into a unified structure allowed solving the issues related to legislative initiatives and regulation in the industry, creating points of influence and lobbying the business interests at special meetings with the authorities.

Accumulation of information from the whole market and generation of specialized content for its participants have become a separate vector; in other words, it is the building of a full-fledged information channel in a hyperfocused niche, almost without middlemen represented by editors and journalists, although dedicated work on building relations with mass-media was systematically
and separately carried out.

In general, the URE Club co-founders have succeeded in establishing a kind of support, point of application of the force, with general purpose to develop the market, to enhance its investment attractiveness and perception by the international business community. URE Club has received a very true slogan: “creating opportunities”.

In the beginning, the events were held as formal round table sessions with an informal part of networking. However, the Club organized the first forum for participants very soon where the issues of the Kyiv master plan had been raised. Later, the range of participants and themes were only growing: industry financing, problems in particular segments and of course, closed club events in an intimate setting.

Afterwards, the speed grew rapidly. Remember, that all this time the market has lacked the unions similar to URE Club, and the platform is already organizing international conferences, a trip of a Ukrainian delegation to REAL VIENNA exhibition, format of business tours around the real estate markets is successfully implemented (the UAE, Austria, a bit later – Portugal, Singapore, Kazakhstan, Azerbaijan, the USA, Sweden and Denmark).

The Committee on Law was detached into a separate course. Later it played one of the main roles while preparing the Draft Law of Ukraine On Regulation of Town Planning Activity.

A format for the retail market companies appears – Retail Forum Ukraine: a format with some amendments is relevant until now, as well a hotel forum (UREC Hospitality Forum). Club was likely the first back in 2011 that raised the issues of green construction, started holding forums on innovations in real estate, organized unique meetings as CEO Networking Dinners. All these events were developed during following years, the geography of meetings was extended – they were not only held in Kyiv but also in Lviv, Odesa, Dnipro and Kharkiv. 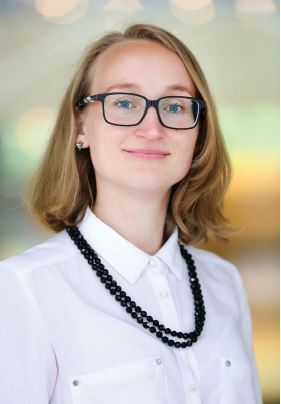 It is impossible to calculate how many new business contacts and partnership agreements the real estate market players initiated based on URE Club. Totally, within 10 years, URE Club has held almost 200 professional business events, among them – 10 business tours, 20 forums and already 3 large-scale award ceremonies for the projects of Eastern Europe and Asia.

EE Real Estate Forum & Project Awards, an award for the real estate companies and projects, may have become the super-project held due to all the years of work and the experience accumulated of the specialized platform.

Having united with the European Publishing House of EuropaProperty.com, in 2015 the association held an unprecedented event for Ukraine – an international forum and ceremony of award among the projects of 6 countries at once: Azerbaijan, Belarus, Georgia, Moldova, Kazakhstan and Ukraine. In 2017 the award was on so high demand that the organizers received almost 200 requests and it was extremely hard for jury members to choose and determine the winners in more than 30 categories! 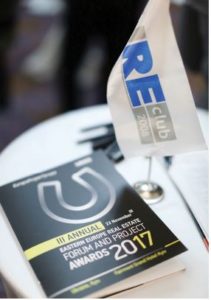 Under wide-ranging discussion panels of the Forum, the experts from Ukraine, Europe, the USA discuss the matters of investment opportunities for the region, legal aspects and relations with public authorities, tendencies in each segment of the real estate market, as well as the issues of urbanization and development of towns. More than 200 market professionals attend the event, and a following meeting and award ceremony are scheduled on November 22, 2018.

It should be taken into account that all this time the association has only been increasing the total amount of the participants despite the growing competition at the market (the format appeared to be so successful, that clubs for hotel operators and companies of HoReCa, retailers, other unions for developers, some unions for residential real estate developers etc. started to open in Kyiv).

URE Club, as a path breaker, takes new challenges and overcomes them in many aspects. The problems of asset-grabbing, researches on corruption rate in the industry and a unique research devoted to the market trends are among the issues raising by the club participants. The meetings with the authorities, foreign experts in architecture, development and management are organized.

A new task is the organization of a trip of Kyiv official delegation to MIPIM – one of the key international exhibitions – to attract investments into projects.

“Of course, to be the first is always hard, it is a certain challenge. URE Club has been bearing this hefty mission all these 10 years. The association is changing every year in compliance with the requirements of the market and companies. The only thing remains the same: specialization in real estate and search of new solutions and opportunities for professionals, companies at the market and Ukraine”, says Olga Solovey, URE Club Managing Partner and Co-founder.