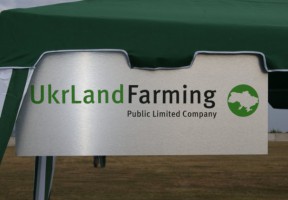 The construction of the port terminal is a major investment project for UkrLandFarming.

This was told by the founder and owner of the agricultural holding Oleg Bakhmatyuk in an interview to the  Latifundist.com.

“The main investment project, for which we will raise money, is the construction of the port terminal. In my opinion, today there is no more anything liquid in the agricultural sector. It will have a tremendous investment effect for the UkrLandFarming”, – said Oleg Bakhmatyuk.

According to him, its first stage is about 5 million tonnes of transshipment planned capacity, the second – 10 million tons.

“I hope that the construction will start later this year. If we finish in the middle of May the whole restructuring of external debt, it is quite possible to bring it under funding in the beginning of September”, – said Oleg Bakhmatyuk.

He thinks that, initially, for the implementation of the investment project they need $ 150-200 million.

“Now  we are conducting negotiations with several potential investors. We hope to finish the negotiations  by early summer. There are other small projects on the territory of Ukraine (elevators, feed mills), that are  ready for 60-70%. Gradually, we will finish it”, – said the owner of UkrLandFarming.

The UkrLandFarming company was founded in 2007 by Oleg Bakhmatyuk and is a public limited liability company registered in Cyprus.

In 2011, after the merger of assets of companies “Rise”, “Dakor Agro Holding”, “Robusta-Agro-Invest” and “Avangard”, UkrLandFarming Group Companies has become the largest vertically integrated agricultural holdings in Ukraine.

Germany has threatened to block the Telegram

In Germany, Telegram faces a fine of 55 million euros because the company does not have a contact person who would be obliged to communicate with the state to distribute content that violates the law. Der Spiegel reported this. If the company refuses to cooperate with the German authorities, the application may be blocked in […]

American company Zynga Inc. that creates popular social network games has closed a deal to buy everyone in circulation in the shares of the Turkish Peak Games. It is reported that the payment was almost equal to the funds and ordinary shares of the company. As part of the operation, Zynga received two franchises from […]