Главная › News › Ukrainian startup TripMyDream was acknowledged as the best travel-startup in the world and will receive investments up to $ 500,000 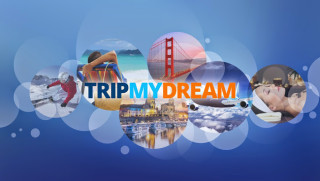 In Lausanne (the Swiss city) took place  the final of the international start-up competition Seedstars Summit 2016 in which the best tourist startup in the world was chosen. The main prize, the investment of up to $ 500,000 received the Ukrainian company TripMyDream. The team fought for the title of winner among the ten finalists, including teams from Europe, Africa and America.

“For us, this victory means that we make a product that people need,  and we are moving  in the right direction. We also found very important partners, synergy with whom will give us a lot of opportunities. This access to the new markets and technologies, content,  experience that is the key for us”, – said the founder of the project Andrew Burenok in comments to AIN.UA.

The TripMyDream was started in May 2015. Unlike similar services, it looks for a journey without a destination. Suffice to fill in the form the departure city, period and kind of rest (winter / summer / excursion), a budget plan – and the TripMyDream will give the most suitable and economical results.

In the TripMyDream there are no tours as such: “We are not a tour operator. We are the service that combined the emotional and rational content for each city in one place. Now the team is working on an update of the product, which will be available for users in a few months with the mobile application.

The TripMyDream was not the only startup of Ukraine, which took place in the final. Among them was also PeopleFlyPlanet, that the competition mistakenly presented as a Russian. However, the company is working in the Ukrainian market, and three of the five members of the team are Ukrainians.

Also, the teams from Bulgaria, Russia, Mexico, Nigeria, Chile, Vietnam, Kenya and Abidzhama competed for the title of winner. However, the victory went to the Ukrainians.

In September 2015 it became known that diesel engines VW and Audi brands have been equipped with special incorrect installation that could not detect the level of emissions when they were being tested. So because of this program, the emission of harmful substances into the atmosphere while driving on such cars exceeded all established norms, […]

The Bloomberg  News agency estimated the yield a wide range of assets in 2015, ranging from currencies and stock indexes, to commodities and junk bonds. It is in the segment of junk bonds (junk, high-yield bonds) determined the most profitable asset last year – Eurobonds of Ukrzaliznytsia with maturing in May 2018. Investments in this […]

The vaccine, developed by biotechnology company Moderna, is effective in 94.5% of cases. This result was shown by the intermediate results of the third phase of clinical trials, the company said. On this news, Moderna shares went up. In the pre-market, the company’s quoting rose by more than 18%, rising above $ 105 per share. […]

The Primorsky District Court of Odessa arrested the property and the shares of the Odessa oil refinery of the prosecutor’s office suit and the application of the state enterprise Ukrtransnefteprodukt, which was all movable property of the refinery previously transferred to. This is stated in the judgments  from 19 January. The arrest imposed on the […]