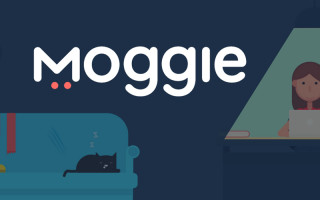 Until quite recently, the Petcube took the lead position in the Ukrainian niche of gadgets for pets. But a startup team of the Moggie project proved their importance. The company is developing a smart collar for cats and mobile application, which in pairs or individually will allow owners to monitor the health of their pets, and to understand them better in general.

With its product the company has managed to get into the Swedish accelerator The Springfield project, go through the incubation and attract investments in the amount of approximately $ 70 000 (investments were in krones) estimated at $ 890 000. The investments went for the development of the product.

The prototype is not ready yet: the team has been working on the electronic part of the collar and is currently working in industrial design.  The application for iOS is in development, the release is scheduled for late spring.

Six people are working in a startup who came from AdPro, Fedoriv, ​​P & G. Besides engineers and marketers in Moggie there is a veterinarian from Spain and an employee from  India, the other members of the team are the Ukrainians. One part of the team works from Ukraine, and another –  from Sweden. “Stockholm is one of the best ecosystems in Europe, while Ukraine is rich in IT-specialists”, – explained the CEO of the project, who lives in Sweden.