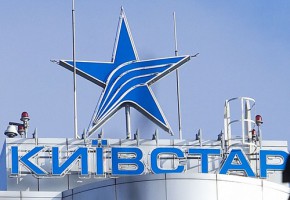 The officials  of the mobile operator “Kyivstar”  deliberately evaded of the payment of taxes in the amount of over 2.3 billion UAH  by the fictitious business operations in 2014, testify the conclusions of the inspection.

This is stated in the message of the management of public relations and mass media to the General Prosecutor of Ukraine.

According to the report, the supervisory control of law by the  enforcement bodies of the fiscal service provides procedural guidance in criminal proceeding initiated by based on the documentary audit of tax evasion in especially large amounts by the “Kyivstar” staff.

The criminal proceeding is being investigated by the investigators of fiscal services.

“Today, “Kyivstar” disputes unjustified additional charges of monetary obligations in court, in connection with which such obligations are not a subject to payment. About the criminal proceeding based on a documentary audit of “Kyivstar”, we found out from the report on the website of the General Prosecutor’s Office of Ukraine. “Kyivstar ” did not receive any  reports from the bodies of pre-trial investigation or prosecutor’s office about the initiated criminal proceeding”, –  says the press service of the operator.

Earlier, it was reported that the operator will have to pay taxes amounting to more than 1 billion UAH. In this regard, the press-service of the “Kyivstar”, JSC  reports that the company has no debts to the budget, including the GFS, and is ready to defend its position in the court. The company also added that the current income tax overpayment from “Kyivstar” has exceeded 1.2 billion USD.