Главная › News › The NBU announced “Fidobank” as a bankrupt 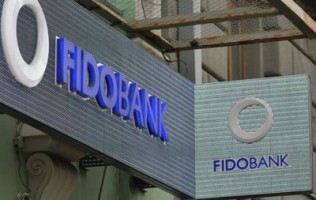 The Deposit Guarantee Fund of individuals introduced a temporary administration in “Fidobank”. It is reported by the press service of the Fund.

The decision was made on the base of the decision of the National Bank of Ukraine (NBU) on  May 20 to classify “Fidobank” to the category of the insolvent.

“At the beginning of the week in “Fidobank” there has been a minor liquidity gap, which is not accounted for the activities of a significant risk of the bank. Multi-channel information pressure on customers through the  personal calls, forums and the media have led to a sharp cross-sectional outflow of funds from the accounts of customers in the last day, which aggravated the situation” – said the bank manager.

Before it,  Media spread the information about the bankruptcy of “Fidobank” and the failed meeting of the financial institution’s board.

The National Bank stressed that “Fidobank” did not apply to the regulator for obtaining refinancing, and on May 17, 2016 reported about  the refusal of a potential investor to participate in the recapitalization of the bank.

The NBU emphasizes that 98% (97.7 thousand persons) of all depositors of “Fidobank” will get their deposits in full, because their size does not exceed  the guaranteed by The Deposit Guarantee Fund of individuals sum of  200 thousand UAH. The customers with larger amounts of deposits will have them within the amounts that guaranteed by the Fund. The refund amount is about 1.8 billion UAH.

It is thinking about creating a school for pilots In YANAIR

Representatives of Yanair Ukrainian airlines are seriously thinking about creating their own flight school on the basis of the Zhytomyr airport. It came to be known to the journalists from CEO Volodymyr Sobolev. According to him, the last time Yanair received an impressive number of offers from foreign pilots who are willing to pay for […]

How many foreign investments did Ukraine attract in the past year?

According to the source Inventure, Ukraine has attracted nearly $ 4 billion ($ 3.8 billion) of foreign investment over the past 2016. This figure exceeds the amount of 2015 almost doubly. These indicators were noted by First Vice Prime Minister of Ukraine Stepan Kubiv at the governmental seminar “The economic development of the regions: strategies […]