The man, who founded the Kyivstar, now owns operator Giraffe 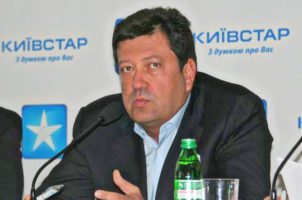 The ex-president and founder of the largest mobile operator Kyivstar Igor Litovchenko in Ukraine became the owner of the Wireless telecom provider SmartCommunications (TM Giraffe). Ukrainian edition Liga.net informed about this, referring to the State Register of natural persons-entrepreneurs and legal entities.

According to official figures, Igor Lytovchenko is the owner of the Cyprus offshore Magnilda Holdings Ltd., which owns Giraffe.

As said the ukrainian media two months ago, Igor Litovchenko met with representatives of the National Commission on Regulation of Communications and Informatization. He was interested how to launch of the fourth-generation LTE network connection at radio frequencies of one of the small operators – Giraffe.

We remind that the Giraffe – the company, which  that has a national license in the 2.3 GHz band, which will run until April 2019. Giraffe – this operating provider of wireless mobile Internet. Its network operates in many cities and uses Wimax technology that no one uses massively. In 2009, the telecom holding Vtel Wimax became a shareholder. He planned to invest in the development of the Ukrainian network of 50 million euros, but he was not able to implement their plans. Wimax quickly lost popularity after it appeared LTE.