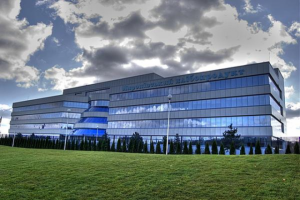 According to the information at Prosperity Capital Management website, it is one of the largest Russia-focused asset managers in the world and an investment firm specializing in investments in power utilities, telecom, cyclical and consumer goods, and oil and gas sectors.  It specializes in investments in Russia and countries of the former USSR. Currently, the investment company is controlling assets worth $ 2.7 billion. Prosperity Capital Management was founded in 1996 and was registered in the Cayman Islands.

MHP has been working in agriculture since 1998 and is the largest poultry fabricator in Ukraine. It also deals with the production of grain, sunflower oil, processed meat products. The founder of MHP Mr. Kosyuk was among the first who used the positive changes in the agricultural market in Ukraine’s transition to a market economy.

On August 3, Alphabet issued bonds worth $10 billion. This is the largest issue of debt securities in the history of the company, according to the Reuters. With $ 10 billion bond tranche allocated $ 1 billion with a maturity of 5 years and a coupon of 0.45%. The $4.5 billion tranches with maturities of […]

Over the past year significantly reduced the Canon profits

Net income of one of the largest manufacturers of digital cameras in the world decreased by 31.6% in 2016 compared to the year 2015. Last year it was equal to the index of 1,298 billion US dollars. These data are shown in the statements of Canon (headquartered in Tokyo, Japan), as reported UkrainianForbes. For the […]

The Ukrainian authority continues  bank privatisation allowing. For the present, Anti-Monopoly Committee of Ukraine (AMCU) gives the permission to Sergei Tihipko of Universal Bank purchasing through the Bailican Limited Company. AMCU provides also allowance  to Sergei Tihipko on the mediated acquisition through the T.A.S. Overseas investments Limited company . He intends to buy shares of […]