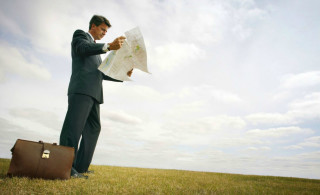 00The cost of bringing a claim against a bank in the London courts has skyrocketed with claimants exposed to costs of up to £10m, say senior litigators.

The debate over costs follows a string of high-profile civil litigation and investor claims against banks filed at the High Court in recent months.

Banks including Barclays, Lloyds Bank and the Royal Bank of Scotland are gearing up to fight legal battles in relation to claims of Libor fixing, interest rate mis-selling and conspiracy to cause loss.

Speaking to The Lawyer, Hausfeld London managing partner Anthony Maton said securing funding “is one of the biggest hurdles to litigation against banks, as they are very expensive claims to bring”.

He added: “The fees built up by banks and their legal teams – case preparation, disclosure, trial costs are significant. If you include the exposure to these adverse costs, together with claimants’ own costs – experts, counsel, disclosure and so forth, the total exposure can easily be in excess of £10m.”

Maton is currently running a raft of claims against UK banks including a counterclaim against Dunbar bank, a £50m claim against Barclays, and a multimillion-pound professional negligence claim against Lloyds.

He has accused the necessary hefty paycheck of being a “barrier to entry” for claimants that are often small business owners or the bosses of companies put out of business as a result of mis-selling.

Director of commercial litigation funding broker Annecto Legal Mark Beaumont agreed, stating: “It is unlikely any organisation in the UK has the bandwidth to process that. It’s enormously expensive”.

“There’s no point getting into this unless you’re prepared to go all the way,” Guardian Care Homes chief executive Gary Hartland told The Lawyer.

“I’m fully aware there aren’t many people out there that are as lucky as I am. The costs of these cases are a serious issue,” added the boss of Leeds storage company Rhino Enterprises, Jason Schofield.

The growth of litigation funding has been hailed by some as a step forward for access to justice and funders have been employed in a raft of claims against banks, including by a number of disgruntled shareholder groups taking RBS to court for £4bn over its 2008 rights issue.

However Maton says claimants entering into “complex funding structures” such as after the event (ATE) insurance, conditional fee arrangements (CFAs) and third-party funding “can be just as complicated as getting to grips with the law”.

At the same time, in Ukraine bringing claims also have a lot of moments and this process is not cheap, especial if it’s application for review of case to Supreme Court.

On December 12, 2019, Kyiv City State Administration held an International Roundtable on Land Legal Relations organized by the Union of Real Estate Specialists of Ukraine SFNU and the Ukrainian Chapter of FIABCI International Real Estate Federation. Representatives of the Ukrainian real estate market and agrarian sector participated in the event. A teleconference was held […]

US President Donald Trump canceled the trade negotiations with China due to pandemic of coronavirus. The American leader has accused China in the spread of the virus in the world. The information was reported by Bloomberg. The trade agreement concluded in the first stage, which came into force in February, ensured a discussion of the […]