The company, which bought the Ukrainian startup Jeapie, received $ 10 million of investments 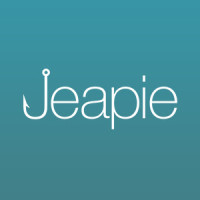 The company also announced that the new members have joined the board of directors. They are Hannes Blum, from  Acton, who was the vice president of the Amazon for seven years, and founded the AbeBooks company, which was bought by the Amazon, and Mark Organ, the founder of the Eloqua & Influtive companies, one of the authors of the idea of ??”marketing automation”.

The company is going to put borrowed funds for the acceleration of the development of platforms for mobile customer engagement and expansion of sales and marketing.

The Mobify is now known in the Ukrainian market, primarily as a buyer of the startup – Ukrainian developer of solutions for mobile marketing Jeapie. As says the co-founder of a startup edition Alexander Mikhailenko, integration of the Jeapie product in Mobify platform has been completed.

“Our colleagues from the head office appreciated how far we can go in terms of the product with a minimal budget and with tight deadlines. We decided with the management to develop this strong capacity – to turn our Ukrainian office in a start-up laboratory within the company”, – he said. Now Kyiv Jeapie office does research and creates prototypes that central office transforms to  the development.

“We are working on projects in new niches of conversational commerce, artificial intelligence, business messaging, Apple TV apps and already start looking for talented developers who like to “play” with such innovations”, – says Alexander.

Shares of Advanced Micro Devices, increased on 47.4% since the beginning of the year, rose on 10% after the announcement of the financial results of the 2nd quarter, which ended on June 27, and the publication of optimistic forecasts, despite the pandemic. The report was preceded by a sharp rise in shares of AMD after […]

The American corporation The Walt Disney Company has announced the forthcoming closure of the animated studio Blue Sky Studios, which has created a number of world-famous cartoons. Bloomberg announced this on Tuesday, February 9, citing a company statement. “Given the current economic situation, after much deliberation and evaluation, we have made a difficult decision to […]